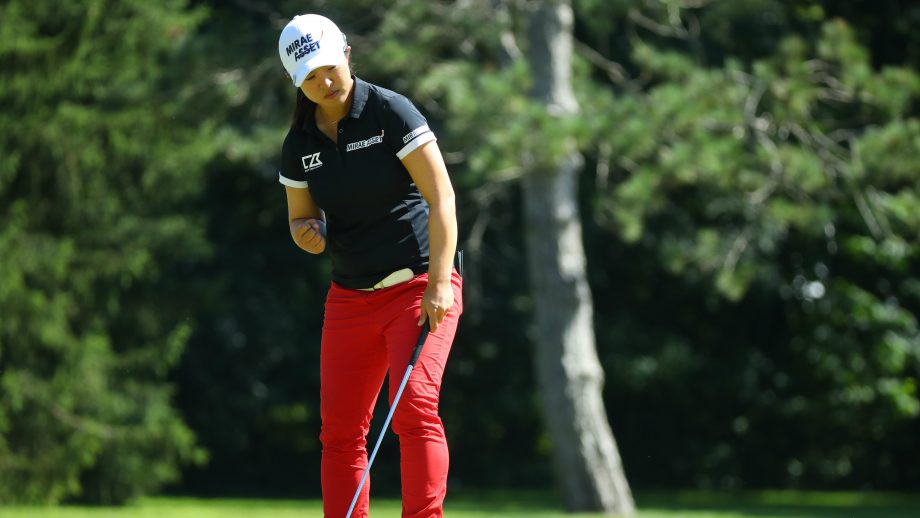 SYLVANIA, Ohio – Sei Young Kim won the Marathon Classic on Sunday for her second LPGA Tour victory of the season, making five straight birdies in a mid-round burst and shooting a 6-under 66 for a two-stroke victory over Lexi Thompson.

Kim began the birdie run on No. 7 and finished at a tournament-record 22-under 262 at Highland Meadows Golf Club. The 26-year-old South Korean player has nine tour titles, also winning the LPGA MEDIHEAL Championship in May in California.

“I really wanted another win, especially this week, because the last two weeks I play really bad,” Ki said.

Thompson, a stroke behind Kim entering the day, closed birdie-eagle for a 66.

“She played some amazing golf,” Thompson said. “I didn’t have my best ball-striking day, but 5 under, finished well. She played amazing. It’s very well deserved.”

Six shots ahead of Thompson after the birdie run, Kim played the final seven holes in even par, offsetting a birdie on 15 with a bogey on 1. Kim broke the event mark of 263 set by In-Kyung Kim in 2017.

She’s focused on winning her first major title, with The Evian Championship and Women’s British Open coming up.

Stacy Lewis was third at 16 under after a 66. She was born in nearby Toledo.

“It was a lot of fun,” Lewis said. “More putts have gone in this week than in the years past. It was nice to give my family something to cheer for.”

U.S. Women’s Open champion Jeongeun Lee6 had a 69 to finish fourth at 14 under.

Jennifer Kupcho tied for fifth at 11 under after a 71, playing alongside Lewis.

“Getting to play with Stacy – and Lexi yesterday – seeing how their ball-striking is and how good their iron game is, definitely something to work on and definitely can learn and did learn from their games,” Kupcho said.

Kupcho earned a spot in the Women’s British Open along with Joh, Strom, Yoktuan and Mariajo Uribe.