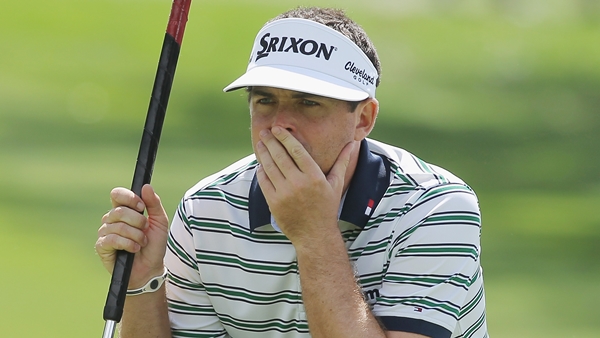 As the golf season wanes, our days become shorter and a little bit cooler, there is no lack of excitement in competitive golf.

On the amateur side, Canada finished second among a very strong Women’s World Amateur Golf Championship field in Japan last week, while our men’s team will look to do the same this week. In professional golf, the PGA Tour’s FedEx Cup Playoffs remain a focus as the season winds down towards the Ryder Cup in what will seem like a few short weeks.

With much attention on the FedEx Cup Playoffs, specifically the BMW Championship last week, an interesting rules situation arose with PGA Tour Player, Keegan Bradley. Bradley, one of the more popular players on Tour with a quirky pre-shot routine and Air Jordan branded golf shoes, found himself questioning a relief procedure he followed in the first round of the BMW Championship.

On the 18th hole last Thursday, Bradley’s 4-iron approach came up short of the green. Upon reaching his ball he had found the ball to be embedded in it’s own pitch mark. The rules of golf permit a player (under Rule 25-2), to take relief from a ball that is embedded in a closely-mown area through the green. A closely-mown area is any area that is mowed to fairway height or less. However, the Committee may adopt a Local Rule that allows for relief from an embedded ball anywhere through the green.

Following his round and during some interaction with fans, Bradley was told by one of the fans present that he saw his ball bounce before it came to rest, thereby questioning whether or not his ball was actually embedded in its own pitch mark – a determining factor in Rule 25-2. Having taken the feedback from the fan to heart, Bradley sought out Slugger White, the PGA Tour’s Vice President of Rules and Competitions and showed him the pitch mark where the situation had developed. Having investigated the situation, White didn’t find any violation of the rules and Bradley went on to play in the second round. Despite the support from Tour Officials, Bradley opted to withdraw from the championship and provided this statement in the process:

“I just feel withdrawing is the right thing to do to protect the field in the BMW Championship and the Tour Championship next week,” Bradley said. “It’s eating me alive. I didn’t call my fellow competitors for help in the first place and that bothers me. I know the official approved the drop, but I just can’t be absolutely sure it was the right spot.”

While reports of rules breaches, violations, infractions, etc. have gained much publicity via the ‘phone-in’ over the past few years, it isn’t often that we hear of a fan or player questioning a ruling without the use of HD television or other high-tech mediums. It should be noted that while there are critics of the ‘phone-in’ rules expert, a referee or rules official by definition must act on any breach of a Rule that they observe, or is reported to them (although, there are some exceptions in match play).

Somewhat ironically, in the 2014-15 edition of the Decisions on the Rules of Golf, golf’s governing bodies revised Decision 25-2/0.5 (When Ball Embedded in Ground), which states the following:

A ball is deemed to be embedded in the ground only if:

Provided that these three requirements are met, a ball does not necessarily have to touch the soil to be considered embedded (e.g., grass, loose impediments or the like may intervene between the ball and the soil).

Any doubt as to whether a ball is embedded should be resolved against the player.

In his review of the situation, Slugger White would have reviewed the procedure employed by invoking Rule 25-2 and the state in which Bradley’s ball existed in the ground, referencing much of the information contained above and outlined by Decision 25-2/0.5.

Unfortunately, when it came to Rule 25-2 this weekend, it seems that Bradley’s integrity got the better of him, which is an admirable characteristic in any professional athlete. Once again, the uniqueness of golf and the integrity shown by its players has separated golf from other sports in an era where professional athletes will generally seek any advantage over their competitors, often disputing a referee or an official’s decision in the process.