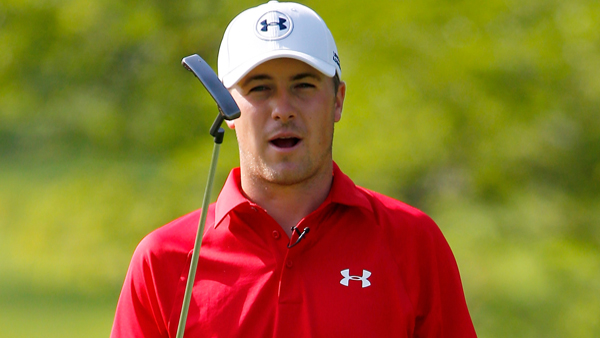 PINEHURST, N.C. – Talk about the impatience of youth. For 20-year-old Jordan Spieth, it’s no longer good enough to be in contention for a major championship.

He’s ready to win one.

Spieth was tied for the 54-hole lead at both the Masters and The Players Championship, the two biggest events on the schedule so far, but he couldn’t hold it together on Sunday.

Now, he comes to the U.S. Open fully convinced that if he’s in the same position, he’ll be the one raising the trophy at the end.

“I believe that I can win this golf tournament,” Spieth said Monday after a practice round at Pinehurst No. 2. “I feel comfortable on this golf course. I think it fits my game. And when I step on the first tee, that’s what I’m trying to do.”

Spieth already became the first teenage winner on the PGA Tour since the Great Depression, having captured the John Deere Classic at age 19.

If the Texan can conquer Pinehurst this week, he’d be the youngest major champion since Tom Creavy at the 1931 PGA Championship.

“I’ve contended now,” Spieth said. “If I can get into that position, the goal isn’t just to feel the feelings and try to get the comfort level. Now, it’s to really try and put into place what Augusta as well as The Players have taught me.

“I feel like,” he added confidently, “I will be able to close this one out if I get an opportunity.”

The U.S. Open is usually the toughest test among the majors, requiring a player to accept that par is a good score on most holes, that bogey isn’t necessarily a bad result.

This is a tournament where you put away the ego, save those spectacular shots for another week, and know that the player who emerges as the champion will most likely be the one who makes the fewest mistakes.

Those traits usually require experience. Then again, Spieth has proven to have a very short learning curve.

He has already played in the Presidents Cup. He has already climbed to No. 10 in the world rankings. He already sounds like a seasoned pro when he talks about Pinehurst.

“It’s really hard to hit the greens,” Spieth said. “You know that going in, and you understand that it’s about where you’re leaving it and where you’re pitching the ball and the approach shots. It still doesn’t necessarily help. It’s still extremely difficult.”

At Augusta National, Spieth had a win in his sights when he walked off the seventh green with a two-stroke lead on Sunday.

Then, his inexperience suddenly showed. What he thought was a perfect wedge on No. 8 came up 25 feet short of the flag, leading to a three-putt bogey.

The approach at No. 9 rolled back off the front of the green, leading to another bogey.

Bubba Watson birdied both holes, turning a two-shot deficit into a two-stroke lead. He was never seriously challenged on the back side, cruising to a three-stroke win over Spieth and Jonas Blixt.

Spieth talked about the need for a “little bit of course knowledge” – certainly understandable for a Masters rookie. He was in contention again at the Players, generally considered the most important event among the non-majors, but five bogeys in an 11-hole stretch allowed Martin Kaymer to leave TPC Sawgrass with the title.

“I learned a lot from both experiences,” Spieth said.

“I felt like I struck the ball better, played smarter shots at The Players. I just got bounces that didn’t go my way. So coming in here, that’s all behind me. I’ve gotten what I think I needed to learn from those experiences, and I will put that into account if I can work my way into contention here.”

Those kids. Always in a hurry.