Spieth charges, Kisner holds on to win Colonial by stroke 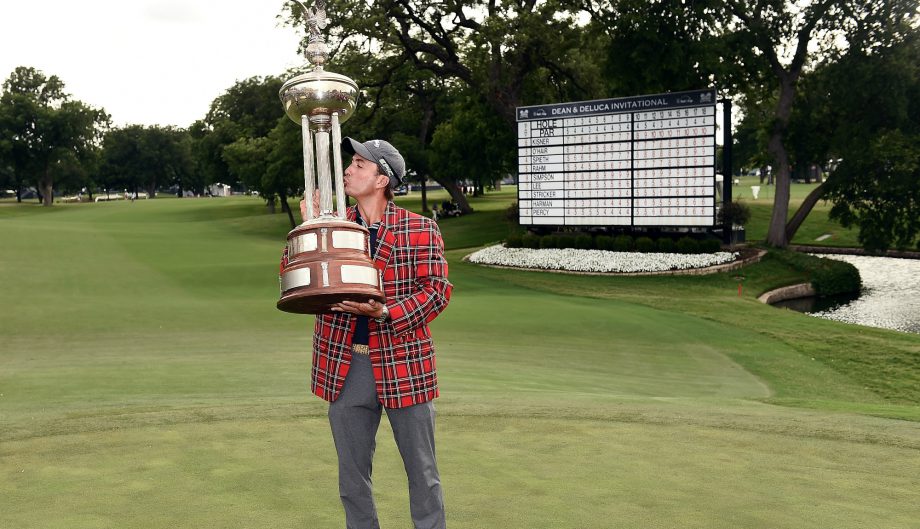 Kevin Kisner birdied the first three holes on the back nine to take the lead and held on to win at Colonial despite a Sunday charge by defending champion Jordan Spieth.

Kisner shot a 4-under 66 to finish at 10-under 270, including a clutch par save on the 18th hole after a wayward tee shot and an approach that was off the back side of the green and well below the hole. He finished a stroke ahead of Spieth, Sean O’Hair and Jon Rahm.

Spieth shot a bogey-free 65, and was standing on a chair to see over the crowd at the 18th green when Kisner putted up the mound to 5 feet of the cup and then made the winning putt. That came right after Rahm’s 10-foot birdie chance skirted just to the left of the hole.

The 33-year-old Kisner got his second PGA Tour victory in 148 starts since his debut in 2011, and a check for just more than $1.2 million. He was a runner-up twice this year, and six times over past three seasons.

Kisner had a three-stroke lead at the turn on the final day of the Arnold Palmer Invitational in March before finishing a stroke behind Marc Leishman. Kisner made a nearly 95-foot chip-in for eagle to get him and fellow Aiken, South Carolina, resident Scott Brown into playoff at the Zurich Classic’s new team format before losing on the fourth playoff hole to duo of Australia’s Cameron Smith and Jonas Blixt of Sweden.

After a 14-foot birdie at the 420-yard 15th hole at Hogan’s Alley, Kisner had a two-stroke lead. That at the same hole where Spieth, playing two groups ahead of him, punctuated an 11-foot birdie putt with a fist pump.

But about the same time Kisner made a bogey at the par-3 16th, Spieth was hitting his drive way right at the 18th hole and went on to save par after a chip to 5 feet. Kisner hit a similar drive, and also saved par.

Spieth, who had missed consecutive cuts at The Players Championship and the AT&T Byron Nelson, was trying to become the only player other than Ben Hogan to win consecutive Colonials. Hogan won five times, including the first two in 1946 and 1947, along with consecutive wins again in 1952 and 1953.

O’Hair and Rahm, who the last two years won the Ben Hogan Award as the nation’s top college player, both shot 66.

There were several near misses for Spieth, who started the day five strokes behind 54-hole leader Webb Simpson.

Simpson, the 2012 U.S. Open winner, was the 54-hole leader by two strokes, but started the final round with an unusual bogey at the par-5 first hole. His only birdie came at No. 9, and he bogeyed the 18th when he drove into the left rough after Kisner had already posted his final putt. Simpson had a 71 to finish fifth at 8 under.

Steve Stricker, the 2009 Colonial winner who turned 50 this year, shot a 63 to move from a tie for 32nd to a tie for seventh for 6 under. He had eight birdies his first 14 holes Sunday, on track to challenge the Colonial course record of 61 and maybe even a 59, before a bogey and three closing pars.