Spieth out at Byron Nelson; Kokrak has career best 62, leads by 5 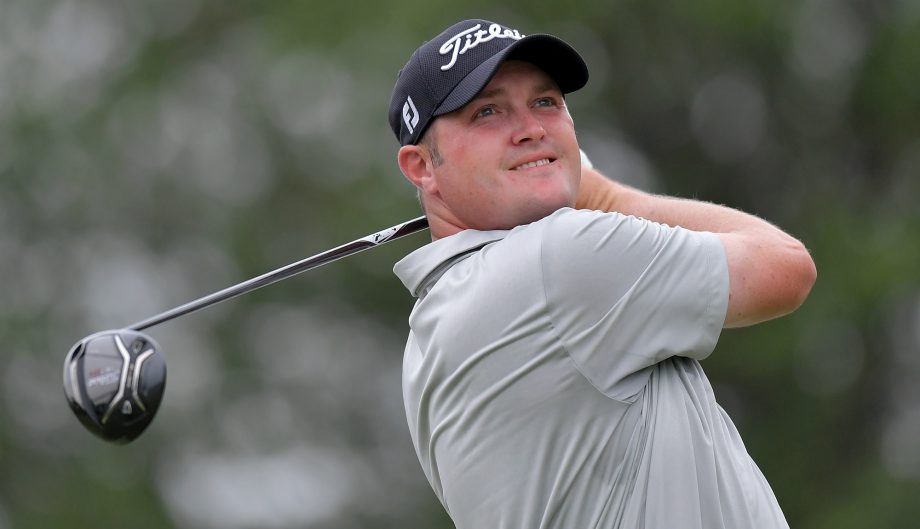 While big-hitting Jason Kokrak has an AT&T Byron Nelson record five-stroke lead through 36 holes, he knows that is only halfway with plenty of other players who could make a weekend charge.

That includes top-ranked Dustin Johnson. But not local favourite Jordan Spieth after he missed the cut Friday for the first time at the tournament where he made his debut as a 16-year-old high school junior.

“Yeah, a bit shocking that’s how it happened,” said Spieth, who missed the cut by a stroke after a 5-under 75 that included a 9 at the par-5 16th hole after he hit two tee shots out of bounds.

Kokrak, ranked 128th in the world, shot a bogey-free 8-under 62 for his career-best scoring round and matched the Nelson’s 36-hole record at 12-under 128. No one has ever had a bigger lead there after two rounds than his five strokes over Billy Horschel (65), who finished with three consecutive birdies.

“It’s 36 holes. You’ve got the No. 1 player in the world chasing you, you’ve got x-number of other players that are outstanding players,” Kokrak said, when asked about having wiggle room. “Same game plan, just give myself birdie opportunities.”

He leads by 5. #QuickHits pic.twitter.com/CVB81lTwS9

Maybe as surprising as Kokrak’s big lead halfway through the last Nelson to be played at TPC Four Seasons is the 23-year-old Spieth, the 2015 Masters and U.S. Open champion, done playing this week.

With a 3-over total after the horrendous 16th hole, and needing at least one birdie, Spieth’s 17-foot birdie try at No. 17 curled by the cup, and he missed a 14-footer on 18.

“It didn’t need to happen. Just playing fine and I tried to just, you know, press it to try to reach the green in two, and then I tried to do it again,” Spieth said, referring to the par-5 16th.

Kokrak finished with a nice par save after driving way right at the 18th. The ball landed in the rough closer to the first fairway with a temporary concession stand between him and the hole. He didn’t take potential relief because that line would have put him directly behind a tree, but he hit the ball back in the fairway short of the green before chipping to 6 feet.

“I made a lot of birdies out there but it was nice,” Kokrak said. “Just keeping a clean card is always a goal. … It was nice to get it up and down.”

The only other time Kokrak had the 36-hole lead in 146 career PGA Tour starts was at the 2016 Northern Trust Open, where he ended up with a career-best tie for second.

Sergio Garcia, the Masters champion who is defending his second Nelson title, birdied six of his last 15 holes for a 65 to get to 2 under. He opened with a 73, and was at 4 over for the tournament after his only bogey Friday on his third hole.

This is Johnson’s third PGA Tour event since a freak fall forced him to miss the Masters with a bruised back after winning three consecutive tournaments before that. He tied for second at the Wells Fargo Championship in his return to the tour two weeks ago, and then had a career-best 12th place finish at The Players Championship.

“The game is still not quite as sharp as it was leading into Augusta, but it’s getting there,” Johnson said. “It’s getting close.”

His only bogey was at his final hole, the 431-yard ninth hole, when his approach landed in rough between a bunker and the green after the wind shifted on him.

Spieth first played a PGA Tour event at age 16 on a sponsor’s exemption in the 2010 tournament, and tied for 16th _ still his best Nelson finish. He missed his high school graduation ceremony in 2011 to play after making the cut again.

After an opening birdie Friday, Spieth missed a 3 1/2-foot par putt at the par-3 second hole. He had five bogeys and four birdies, plus saved par from a drop at the edge of a curb after his tee shot at the 316-yard 11th hole rolled to a stop on a neighbourhood street, before the quadruple at No. 16.