Spieth picks up where he left off at Augusta National 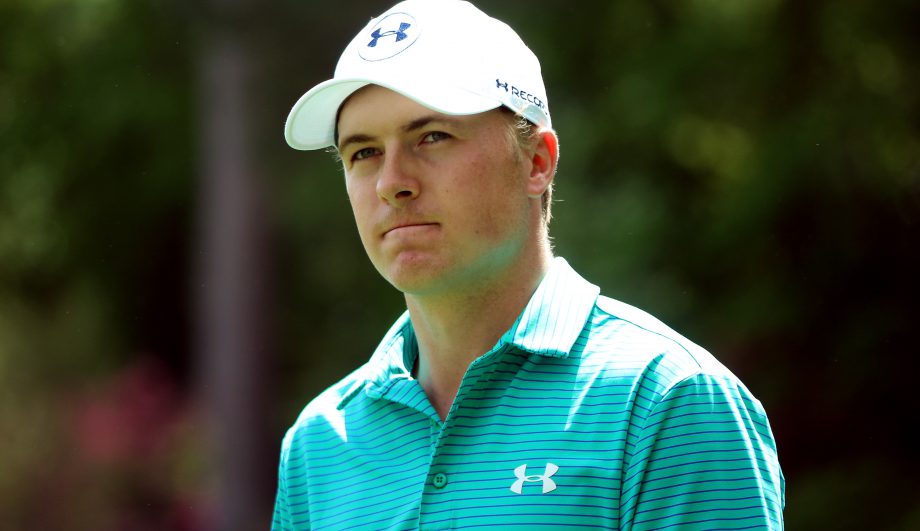 AUGUSTA, Ga. – Jordan Spieth atop the leaderboard might be the latest tradition at Augusta National.

One year later, he’s still the man to beat at the Masters.

Six tough par saves and six birdies sent Spieth to a 6-under 66 on Thursday and a two-shot lead in a strong wind that made Augusta National play tough for just about everyone except the defending champion.

Coming off his wire-to-wire victory last year, Spieth now has five straight rounds in the lead, and six out of the last seven when he was tied or leading. One more and he would match the longest streak since Arnold Palmer in 1960 and the opening two rounds of 1961.

And just like last year, now it’s time for the rest of the field to try to catch him.

They were dropping, which is why Spieth had the only bogey-free round on a day where the wind made that seem unlikely.

He had a two-shot lead over Danny Lee and Shane Lowry.

The battle among the modern “Big Three” and other top players expected to contend did not take shape.

Jason Day, the No. 1 player in the world and Masters favorite, was on the verge of catching Spieth until a mini-meltdown. He three-putted for bogey on the par-5 15th, pulled his tee shot into the water on the par-3 16th and made triple bogey, and then sailed the green on the 17th for another bogey. Just like that, the Australian was back to even par.

“It could happen to anyone,” Day said. “Even though I gave up five shots in three holes, I’m only six back. I know I can catch up.”

Right when Day was falling apart, McIlroy holed an 18-foot eagle putt on the 13th and looked to be on his way in his bid to win a green jacket and complete the career Grand Slam. He was within two shots of the lead until he three-putted the 16th for bogey and missed the 18th green to the right, was plugged in a bunker and dropped another shot for a 70. Even so, it was his best start since 2011.

“If somebody had given me a 70 on the first day, I would have taken it,” McIlroy said. “I’m a little disappointed in the way I finished.”

Bubba Watson, a two-time champion, had a 41 on the back nine and shot 75. He wasn’t even low Watson – 66-year-old Tom Watson, in his last Masters, shot 74. Adam Scott, coming off two victories in Florida last month, opened with a 76.

Rickie Fowler had his worst score ever at Augusta National by posting an 80, with 44 of those shots coming on the back nine.

Spieth simply picked up where he left off a year ago.

Never mind that he discovered a hairline crack in his driver during Wednesday practice and had to find a backup for the opening round. Or that he was hearing questions about what was wrong with his game from not having seriously contended in the last two months.

Spieth was at Augusta National, a course that feels like home for the 22-year-old Texan.

“That was a flawless round of golf,” said Paul Casey, who played with Spieth and posted a solid 69. “I played a wonderful round of golf, but it was great to have a front row seat to watch that.”

For all the birdies – none longer than 12 feet – the pars make Spieth look so tough to beat.

He settled himself early with a beautiful pitch across the first green to 2 feet. He pumped his fist with a tough pitch over the bunker and to the upper tier on No. 4. He gambled with a 4-iron through a tiny gap in the trees on the 11th and made it pay off with another par. On 16, he kept his card clean by ramming in a 15-foot par putt.

By the end of the day, no one could do better.

Casey was among five Europeans at 69, joining Justin Rose, Ian Poulter, Sergio Garcia and Soren Kjeldsen. Two more were at 70 – McIlroy and Danny Willett, along with Americans Billy Horschel and Scott Piercy.

Nine players couldn’t break 80, a group that included Ernie Els, who took six putts from 2 feet on the opening hole for a 9. He played the rest of the day at 1 over.

The day ended with a name at the top that was familiar.

“I would have signed for 2 under today and not even played the rough, knowing the conditions that were coming up,” Spieth said. “Just scored extremely well, which is something I’ve been struggling with this season. If I can kind of straighten out things with the iron play, hopefully we’ll be in business. But yeah, I’m extremely pleased with that round today. I felt like we stole a few.”