Spieth, Scott go in opposite directions at Australian Open 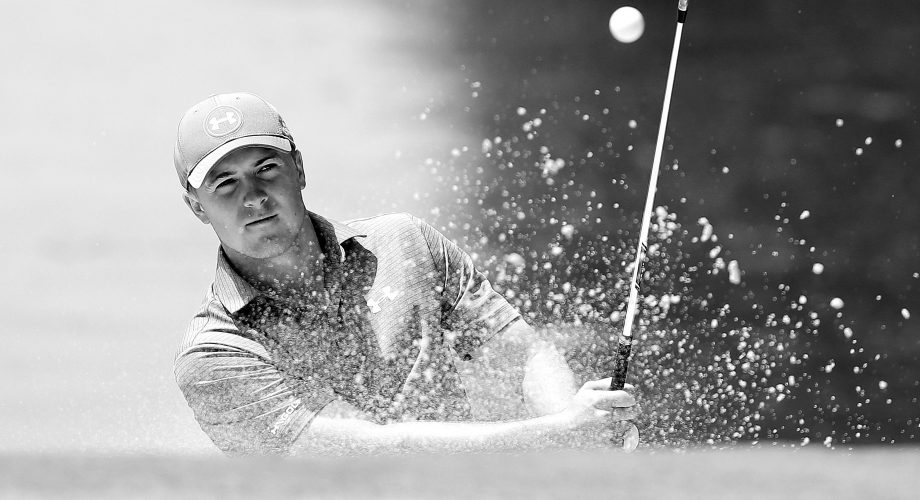 SYDNEY – Jordan Spieth and Adam Scott went in opposite directions at the Australian Open on Friday while Matt Jones used home-course advantage to shoot a 3-under 68 and take a three-stroke lead after two rounds.

Jones, a member at The Australian Golf Club, had a 36-hole total of 7-under 135 on a course that was playing only slightly easier after Thursday’s brutal wind and heat when only 18 players broke par.

Australian Todd Sinnott was in second place after a 70, while Spieth, who shot 68, and playing partner Geoff Ogilvy (71) were in a group of five tied for third, four behind Jones.

First-round leader Lincoln Tighe of Australia dropped four shots on his final four holes for a 73 and was also four back.

Scott, who had difficulty reading the pace of the slower greens due to early-morning rain, shot 73 and was at 2-over, two better than the 4-over cut total, but nine strokes out of the lead. Both Spieth and Scott opened with 71s.

Spieth, Ogilvy and 1997 champion Lee Westwood (72 Friday, tied for 14th, seven behind) were put on the clock by rules officials for slow play midway through the round.

“It’s tough … we were falling behind,” Spieth said. “And then once we get to 13 Lee hits it over the (television) tower and they come and tell us, ‘We know what happened but you still have to make up the time. So you’re in a bit of rush and it’s never a good thing.”

The rushing may have showed, eventually. On the par-5 15th, Spieth’s third shot from a greenside bunker went to two feet, where he made birdie. On the next hole, a par-3, his tee shot went through the green and he wasn’t able to get up and down for par, and he missed a four-footer for par on the 16th after an errant approach.

The 22-year-old American missed an eagle putt of about 35 feet on the 18th, but made his birdie to place him a good position for the weekend. Last year, his course-record 63 gave him a six-shot win on the same course in his first visit to Australia.

U.S. Amateur champion Bryson DeChambeau shot 72 and was at even par in a group that included Darren Clarke (67).

Nicolas Colsaerts of Belgium, in the group tied for third, had the best round of the day, shooting 66 after an opening 73.

“I holed a few long ones today and didn’t miss the short ones like I did yesterday,” Colsaerts said.

Although the greens have been changed over since he played regularly at The Australian, Jones has fond memories of roaming the fairways at his home club “watching golf as much I could” before leaving to attend Arizona State University.

“I do know the course … comfortable with the lines of the tees and that,” Jones said. “It’ll be fun to be out there on the weekend with a lot of friends and family and members from this course out there.”

He now lives in Scottsdale, Arizona with his wife, Melissa, and two daughters. He won the Houston Open last year, his first tournament victory on the PGA Tour.

Scott three-putted twice for bogeys and failed to make a birdie, making more remote his chances of extending a streak of winning at least one tournament a year since 2001.

“I just misjudged the pace of the greens for most of the day,” Scott said. “I just couldn’t get myself to hit the putt hard enough and when the greens slow down I tend to struggle, and I did again today.”