Spieth with another big finish leads by five at Kapalua 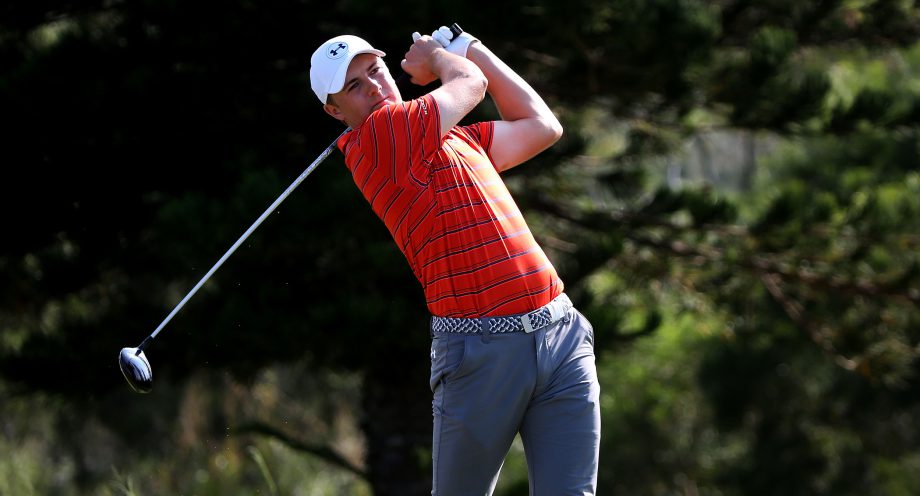 KAPALUA, Hawaii – Sharp as ever to start the new year, Jordan Spieth capped off another strong performance with a 10-foot eagle on Saturday for an 8-under 65, giving him a five-shot lead over Brooks Koepka going into the final round of the Hyundai Tournament of Champions.

Only one other player, defending champion Patrick Reed, was within eight shots of Spieth.

A hardy Kona wind didn’t slow anyone down who was playing well. Spieth started the day with a four-shot lead and ran off four straight birdies.

Koepka, in only his second tournament in nearly three months and his first since switching to Nike, had six straight birdies on the front nine. That streak ended when he made par on the downwind, par-5 ninth hole. And with a par on the closing hole, he still had a career-best 63.

At one point, Koepka pulled within one-shot of the lead.

Spieth talked Friday about learning to be patient because he would have more holes to play from the final group. Along with taking care of the holes where birdies are likely, he picked up a bonus with a 50-foot birdie putt up the slope and with the grain on the 12th hole.

And then, his short game took over.

From just short of the 14th green, he chipped into the grain to 2 feet for birdie. His second shot into the par-5 15th went just long, leaving him in a tough spot with a back pin. It looked as if the best play was a chip that bounced onto the green and rode the grain and slope. Instead, Spieth opened a lob wedge and threw it up in the air with a flop shot that settled 3 feet away.

He saved par on the 16th with another tough chip, and closed out his round with a second shot that had the gallery thinking it might go in.

The way this week has been going, who could blame them?

Koepka had his best score on the PGA Tour and still shaved only two shots of his deficit, though he at least has one more day. Reed remains the only player at Kapalua this week without a bogey, though a 67 left him six shots behind.

“Jordan is definitely not letting up and we’re going to have to go out and get it,” Reed said.

Brandt Snedeker (65) and Fabian Gomez (70) were nine shots back.

Kevin Kisner, playing in the final group with Spieth, tried to keep pace but missed three birdie putts inside 6 feet. He had to settle for a 71.

Spieth has talked all week about wanting the new year to be a continuation of the old one, and that’s what it looks like so far. His only blemish came on the par-3 eighth hole when his tee shot hit the top of the bunker, rolled through the sand and stopped 6 inches away from the hazard line.

He hit a flop over the sand to 7 feet and missed the par putt.