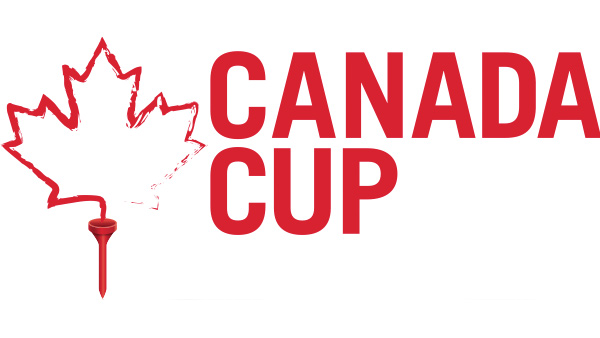 The PGA TOUR and SportBox Entertainment Group formally announced today details about the Web.com Tour coming to the Canadian province of Nova Scotia for the first time and being the centerpiece of “GOLFest Nova Scotia,” a week-long celebration of golf during Canada Day week.

GOLFest Nova Scotia will feature the Nova Scotia Open, the Canada Cup and the Junior Canada Cup and be a celebration of national pride and all things golf in Canada. Activities will begin on Sunday, June 29th and conclude when the last putt drops on Sunday, July 6th.  The festival is being produced by SportBox in partnership with the city of Halifax, the province of Nova Scotia, the Atlantic Golf Organization and the PGA TOUR. All official events will be held at the New Course at Ashburn Golf Club in the Halifax suburb of Windsor Junction.

The Nova Scotia Open will be the Web.com Tour’s first official event in Nova Scotia and bring significant exposure to Halifax and Nova Scotia across Canada, the United States and around the world.  It is one of 25 Web.com Tour events that will identify the 50 Web.com Tour members who earn PGA TOUR cards for the 2014-15 season.

The Open will feature a field of 156 golfers competing over 72 holes of stroke play (July 3-6) for a purse of $650,000 US.  Host Ashburn Golf Club’s New Course is a 7,014-yard par-72 layout that was designed by Geoffrey Cornish and opened in 1970. A pro-am will be played on Wednesday, July 2nd.  All four rounds of the Nova Scotia Open will be produced in HD and televised in the United States on Golf Channel, which is available in 81 million households. The same Golf Channel telecasts will air in Canada all four days. Internationally, the tournament will be distributed in 192 countries and territories, including much of Asia, Latin America and Europe, via PGA TOUR Entertainment.

The Canada Cup will kick off the professional golf experience on Monday, June 30th. It will be a head-to-head battle between Team Canada vs. the World for friendly bragging rights. In 2014, Team Canada will be represented by three PGA TOUR stars, Mike Weir, Graham DeLaet and David Hearn, as well as a top Canadian member of the Web.com Tour. Team Canada will face off in an 18-hole competition against three international PGA TOUR stars and a top international member of the Web.com Tour, all of whom will be announced in the future. The Canada Cup will also feature a nine-hole morning pro-am event prior to the Team Canada vs. the World match.

Conducted in partnership with the Canadian Junior Golf Association, the Junior Canada Cup will serve as a platform for the awareness, support and growth of Canadian grassroots golf.  A one-of-a-kind experience for the next generation of Canadian golfers, the Junior Canada Cup will feature six-person teams in an Eastern Canada vs. Western Canada showdown, held the day before the Canada Cup, Sunday, June 29th. A series of six qualifying events – three in Eastern Canada and three in Western Canada – will be held to determine the six players for both teams.

“The Web.com Tour is extremely excited to be coming to Nova Scotia for the first time this summer,” said Web.com Tour president Bill Calfee.  “The Nova Scotia Open and GOLFest activities will give golf fans of Halifax and the province of Nova Scotia a reason to be at Ashburn Golf Club every day to celebrate Canada Day week. The Web.com Tour’s season-long quest for the 50 available PGA TOUR cards for 2014-15 will feature players from Canada, the United States and all around the globe and be in full swing when the Tour reaches Halifax. The Web.com Tour looks forward to a special week in Nova Scotia!”

While the Web.com Tour will be making its first appearance in Nova Scotia, the Tour has previously played events in Calgary, the greater Toronto area and, most recently, Clarksburg, Ont., in conjunction with Wayne Gretzky and his Foundation.

No. 1 Mackenzie Hughes of Dundas, Ont. leads that group of graduates onto the Web.com Tour in 2014 as they pursue their goal of playing on the PGA TOUR. In 2014, there are 36 PGA TOUR Canada members who earned Web.com Tour membership (32 via the Web.com Tour Qualifying Tournament in December and four via top-five finishers on either PGA TOUR Canada or NEC Series-PGA TOUR Latinoamérica). There are 11 Canadian-born members.

Twelve Canadian-born players have won a total of 18 times on the Web.com Tour since the Tour’s inception in 1990. The list includes Glen Hnatiuk, who has the most wins (4), Jon Mills, David Morland IV and Rick Todd, all of whom have two wins a piece, and current PGA TOUR member David Hearn.

The 2014 Web.com Tour season kicks off next Thursday (Feb. 13) at the Pacific Rubiales Colombia Championship presented by Claro in Bogotá, the first of 25 tournaments that will result in 50 players securing their PGA TOUR playing privileges for 2014-2015 based on money lists from both the 21-event Regular Season and the four-event Finals that conclude in September.