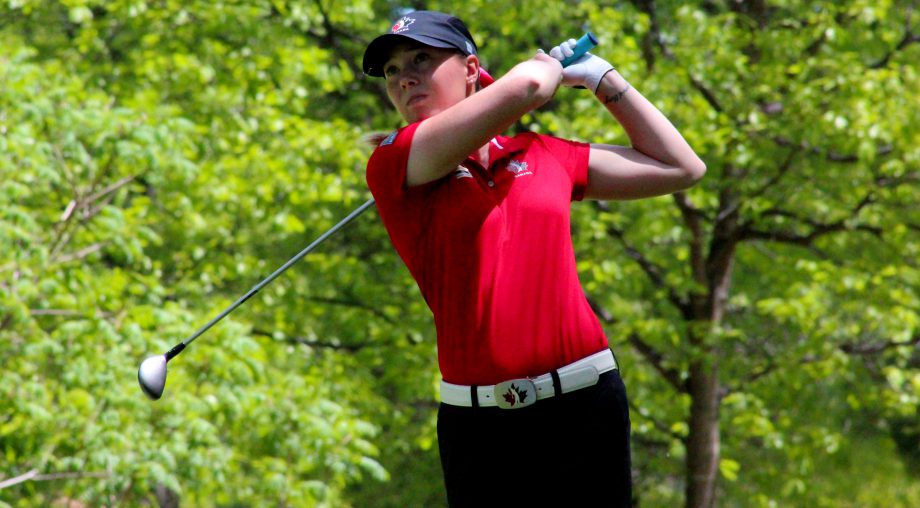 St-Germain, a native of Orleans, Ont., shot four birdies on the day, including two back-to-back on holes 11 and 12 en route to the day’s only score below-par.

“It was a very good round, I was hitting the ball really well today,” said the 17-year-old. “The greens were really fast, so I’m just going to take it one shot at a time tomorrow.”

Isabella Portokalis of London, Ont., notched a birdie on No. 18 to move into second at 1-over-par, while fellow Ontarian Monet Chun of Richmond Hill and Mary Parsons of Delta B.C., are T3 after matching 72s. Parsons, the 2016 CN Future Links Pacific champion, collected three birdies across a bogey-free back nine.

St-Germain’s quartet of Women’s Development Squad teammates are all within the Top-15, led by Surrey, B.C., product Hannah Lee who sits fifth at 3-over-par. Vancouver’s Tiffany Kong and Chloe Currie of Mississauga, Ont., each tallied three birdies on the back nine to reach T6. Kathrine Chan, of Richmond, B.C., is T14 after opening with a 77.

In the Junior Boys division, three players hold a share of first at even-par. Québec City’s Louis-Alexandre Colgan and Jake Bryson of Dunrobin, Ont., each made five birdies on the day. Georgetown, Ont., native Thomas Giroux completes the trio of leaders, having tallied four birdies – including three across holes 6 through 9 – for a 1-under 33 on the front nine.

The top six finalists in the Junior Boys division will earn exemptions into the 2016 Canadian Junior Boys Championship at Clovelly Golf Club in St. John’s, N.L., from August 1-4. Exemptions will be decided via a hole-by-hole playoff in the case of ties. All competitors in the Top-6, including ties, in the Junior Girls division will gain exemptions into the Canadian Junior Girls Championship. The tournament will be held August 2-5 at The Links at Penn Hills in Shubenacadie, N.S.

The second day of competition will see the Junior Girls division tee-off at 7 a.m. before the Junior Boys take to the course at 8:50 a.m. Additional information, including pairings and up-to-date scoring is available here.