Stanley opens strong at East Lake, and so does Spieth 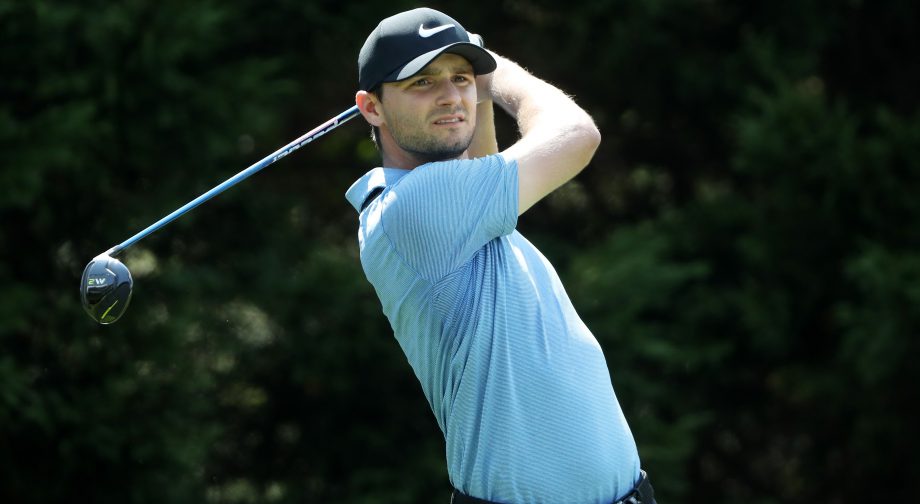 ATLANTA – Kyle Stanley and Jordan Spieth got off to strong starts in the Tour Championship with entirely different goals in mind.

Stanley ran off four straight birdies on the front nine, one of them from 40 feet, and then added two more late in his round on a steamy Thursday afternoon at East Lake for a 6-under 64. In his Tour Championship debut, he had a two-shot lead over a group that included U.S. Open champion Brooks Koepka.

Spieth had a 67, and while it was a grind, he had no gripes about that.

He is the No. 1 seed in the FedEx Cup, and no one from the top five had a lower score. That kept Spieth on track in his bid to join Tiger Woods as the only two-time winners of the $10 million bonus since the FedEx Cup began in 2007.

The top five seeds only have to win the Tour Championship to claim the FedEx Cup, though there have been three occasions where someone else won at East Lake and walked away with golf’s biggest payoff when the leading players faltered.

That explains why Spieth spent more time looking at the leaderboard than he typically does in the opening round.

“I don’t know the scenarios, so it really doesn’t make a difference for me to watch the scoreboard other than to figure out how to get to the leaders,” he said. “It’s a weird scenario teeing off last when it’s the first round and there’s only 30 guys.”

And it didn’t help to see what Stanley was doing.

Stanley, the No. 22 seed and a long shot for the FedEx Cup, thought East Lake was plenty tough during the practice rounds. He just didn’t make it look that way, stuffing a wedge into 2 feet on No. 3 to start his run of four straight birdies.

He extended his lead by hitting a tee shot over the water to a front pin on the nervy par-3 15th and making his 18-foot birdie, and then holing a 10-foot birdie on the 16th.

“I don’t have too good of a game plan for this golf course seeing it for the first time,” Stanley said. “But I felt like maybe that would be key, just hitting a lot of fairways and giving myself chances on second shots.”

He was two shots ahead of Koepka – who played bogey-free – Webb Simpson, Paul Casey and Daniel Berger, who made eagle on the final hole.

Spieth was among five players at 67 that included two other top seeds, Justin Thomas (No. 2) and Jon Rahm (No. 5). Rahm made eagle on the par-5 sixth, and he nearly ended his round with another eagle.

For Spieth, it was a struggle.

He spent most of the week trying to eliminate the right side of the golf course and thought he had that ironed out. And then he pulled his opening tee shot Thursday and was happy just to reach the green on East Lake’s toughest hole for par. He hit a sharp draw on the par-3 11th, turning and swinging his club in disgust as it bounded down a hill. He turned to his caddie and said, “We might have to hit a provisional,” fearing the ball would leave the property.

Instead, he took two shots to reach the green, the second a daring flop from the Bermuda rough to a pin that ran away from him. He hit that to 2 feet for bogey.

That was the last of his blunders. He settled in with three straight birdies and a tough par from the bunker on the par-3 ninth, and then couldn’t make a putt. Spieth missed four birdie chances inside 12 feet on the back nine.

“I get done and look back and I’m surprised we’re at 3 under,” he said. “I felt like it was really a grind out there, and it’s just because the first four, five holes of the round, I was all over the place tee-to-green. And then my whole back nine, I had a chance to birdie all but one of the holes and only made one of them.”

The good starts by Spieth, Thomas and Rahm are not helpful for most of the players around them. Koepka is the No. 9 seed, with Casey at No. 10, so they would need the top seeds to stumble over the next three days.

Dustin Johnson, the No. 3 seed, is not out of the picture after his bogey-free round. His problem was that he made only two birdies, the first one on the par-3 11th hole and the other with a two-putt birdie on the par-5 18th. He had a 68.

Marc Leishman, at No. 4 coming off his victory in the BMW Championship last week, opened with a 71.

Canada’s Adam Hadwin is the lone Canadian in the field. He also had a 71.