Steele gets his season off to an ideal start at Silverado 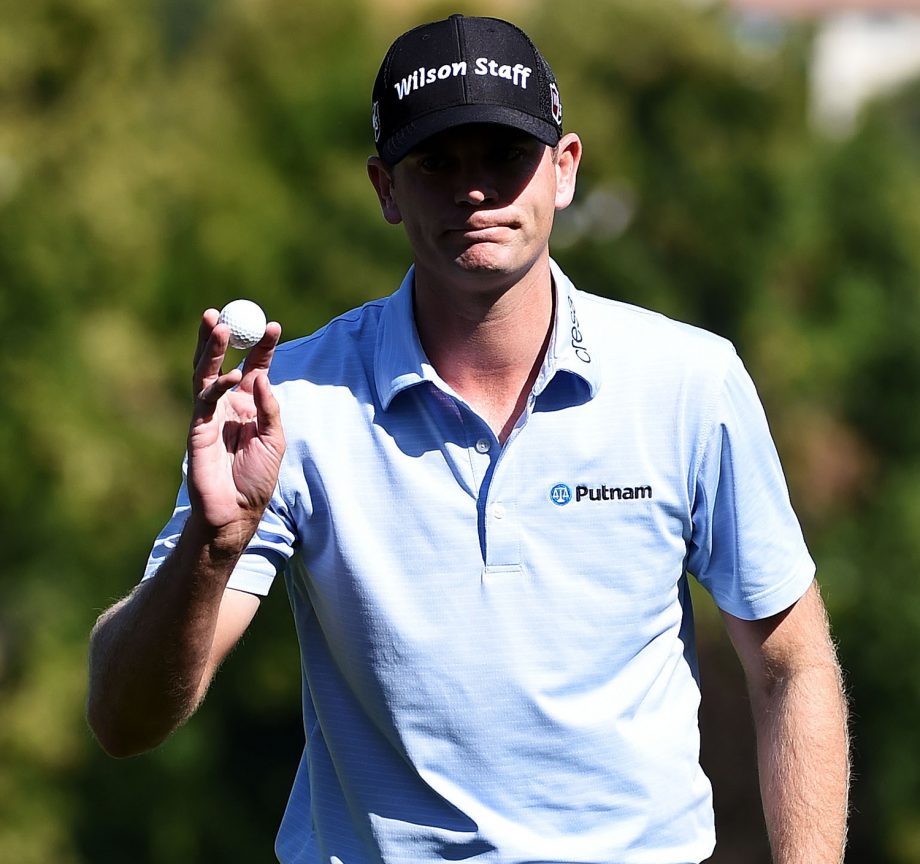 NAPA, Calif. – Brendan Steele had an ideal start to the new PGA Tour season at the Frys.com Open with a round that featured nine birdies, no stress and a simple explanation.

It gave him a one-shot lead over Jhonattan Vegas among early starters in ideal scoring conditions at Silverado, which has such subtle movement in the greens that the course doesn’t always yield low scores even when players have a short iron into the putting surface.

Of the early starters, 21 players were at 68 or better.

That included Rory McIlroy, who is between two seasons. The world’s No. 3 player had numerous birdie chances and didn’t convert nearly as many as he would have liked. What pleased McIlroy was the quality of his game from tee-to-green, far crisper than it was at the Tour Championship three weeks ago.

“Definitely a step in the right direction today,” McIlroy said.

Vegas, who won as a rookie in 2011 at the Humana Challenge, lost his card this year and failed to get it back at the Web.com Tour Finals two weeks ago. He is relying on his limited status as a past champion and sponsor exemptions, so it was important to make the most out of his exemption this week.

Harold Varner III, who joins Tiger Woods as the only players of black heritage on the PGA Tour this year, made a strong rookie debut with a 65. The group at 66 included Justin Thomas, with Justin Rose among those at 67.

Steele posted a target early with a 29 on the back nine, including five straight birdies before making the turn. At one point, he rolled in putts of 25 feet, 20 feet and 18. That prompted this observation from Steve Wheatcroft.

“Just hang in there,” he said Wheatcroft told him. “It’s a long season. You’ll make one eventually.”

Sang-moon Bae, unable to defend because of his mandatory military service in South Korea, won last year at Silverado at 15-under par. No one had better than 65 the entire tournament last year, which made Steele’s round stand out even more.

This is the third straight year of a wraparound season that starts in October with a two-week break after the old season ended. Steele had some good results toward the end of last season, took a short break, started practicing and liked how his game felt.

“In the pro-am yesterday I was like, ‘We need to get this tournament going.’ I hate it when I’m home and I feel really good,” he said. “It’s hard to keep it. I always say that your game is either coming or going, right? So when it’s coming, you want to be in the right place.”

McIlroy is coming and going as it relates to seasons.

While this is the season opener on the PGA Tour, he leaves after this week for three tournaments in Asia to finish off his European Tour schedule with hopes of winning another Race to Dubai title. This is only his fifth tournament dating to the PGA Championship, when he returned from a two-month hiatus to heal his injured ankle.

His game looked good, but he struggled to match the speed with the line for a number of birdie chances from about 12 feet or in.

Varner made a flashy finish to get near the top of the leaderboard. He holed an 18-foot eagle putt on No. 16, stuffed a sand wedge into 2 feet for birdie on the 17th and had to settle for a birdie on the par-5 18th when he narrowly missed another eagle chance.

Varner earned his card through the Web.com Tour, and he already noticed one big difference. While a tournament in wine country doesn’t attract a massive crowd, it was still far more than he was used to seeing.

“It’s fun until you hit one too far left or right,” Varner said. “I get a little nervous because there are people over there. Usually there is no one over there and I just go find it. But there are so many people, you might hit them. So it’s good. Different experience. I guess you’ve just got to get used to it.”

Weyburn, Sask., native Graham DeLaet leads the Canadians in the field following a 5-under 67 performance to finish T7. Nick Taylor and David Hearn shot 71 while Adam Hadwin opened at even-par. Cory Renfrew, who claimed medalist honours at the Monday Qualifier, posted a 1-over 73.