Stenson takes 1 stroke lead after third round at Wyndham Championship 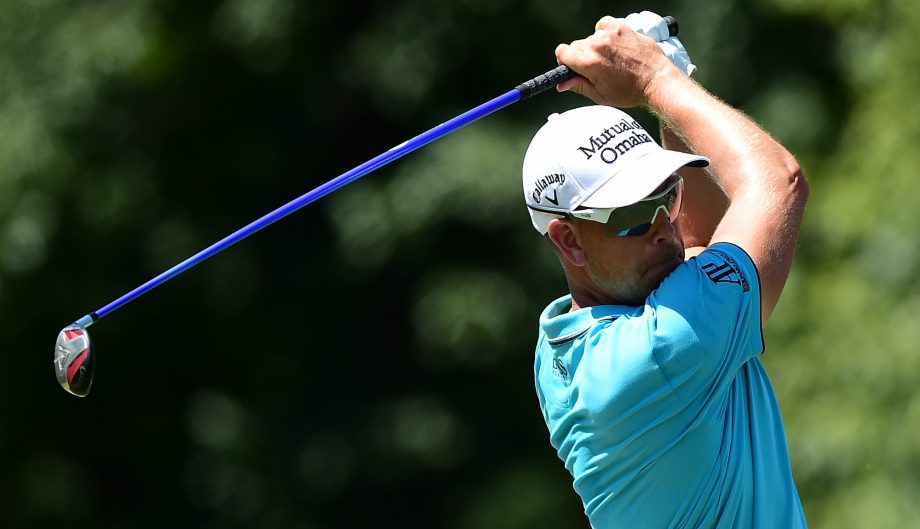 Henrik Stenson kept his cool when some birdie chances turned into pars. That patience paid off late in his round.

Stenson shot a 4-under 66 on Saturday to take a one-stroke lead in the Wyndham Championship.

The 2013 FedEx Cup champion and 2016 British Open winner was at 16-under 194 at Sedgefield with a round left in the PGA Tour’s last regular-season event of the season.

The Swede had four birdies on a five-hole stretch of the back nine to overtake Webb Simpson for sole possession of first place.

“It’s all about how you finish, I guess,” Stenson said. “I came back strongly, great birdies coming home and right where we want to be.”

Simpson, Kevin Na and Ollie Schniederjans were tied for second. Na shot a 65, Schniederjans had a 66 and Simpson – a North Carolina native who won on this course in 2011 – had a 68. Johnson Wagner was 14 under after a 65.

“Any time you’re within two or three of the lead, you know you’ve got a good chance,” Simpson said. “And for more guys on tour, it’s not every week that you have a chance to win. Hopefully, I’m going to take advantage of it and come out and play a good, solid day.”

Stenson was at even par through his first 12 holes.

Then came the birdie binge he capped by sticking his second shot on the par-4 17th some 10 feet from the hole and converting that putt.

He could have ended his round with another one, but pulled his 15-foot birdie putt wide right and settled for par.

Still, his 72-hole score is second-best in tournament play at Sedgefield, surpassed only by Carl Pettersson’s 191 in 2008.

“Obviously, what I’ve done so far is working pretty well, and I’m playing the course the way I think it’s best for me,” Stenson said. “And I just trying to keep on hitting a lot of fairways, and if you do that, you can set up a lot of birdie chances with mid to short irons.”

Simpson – a local favourite who grew up in Raleigh, played in college at nearby Wake Forest and named his third child Wyndham after his first victory on tour came here – shared the 54-hole lead with Ryan Armour at 13 under.

Simpson birdied his first hole, then reeled off 11 consecutive pars before briefly taking sole possession of the lead with birdies on the 13th and 15th holes. He sank a 20-foot birdie putt on No. 13 and two holes later, he settled for birdie after missing a 35-foot eagle putt on No. 15.

Ottawa’s Brad Fritsch shot a 70 for a 7 under total. Nick Taylor of Abbotsford, B.C., was 6 under and David Hearn of Brantford, Ont., was 2 under.

Simpson could have caught Stenson on the 18th, but he pulled a 15-foot birdie putt left.

Winless on tour since October 2013, Simpson admitted his drought is “on my mind a little bit,” adding that he’s “very hungry to win again, very hungry to compete week in and week out.”

Schniederjans – a 24-year-old, third-year pro from Georgia Tech – is chasing his first victory on tour and his fifth top-10 finish of the year.

After shooting a 63 on Friday and starting his round two strokes off the lead, he became the first to 16 under with his birdie on the par-5 15th, hitting his second shot into the primary rough but recovering by chipping to 10 feet and converting the putt.

Then came trouble on the next hole. His tee shot on the par-3 16th landed in a low greenside bunker, and he stuck his chip into the rough just above the sand on his way to a bogey that dropped him back a stroke.