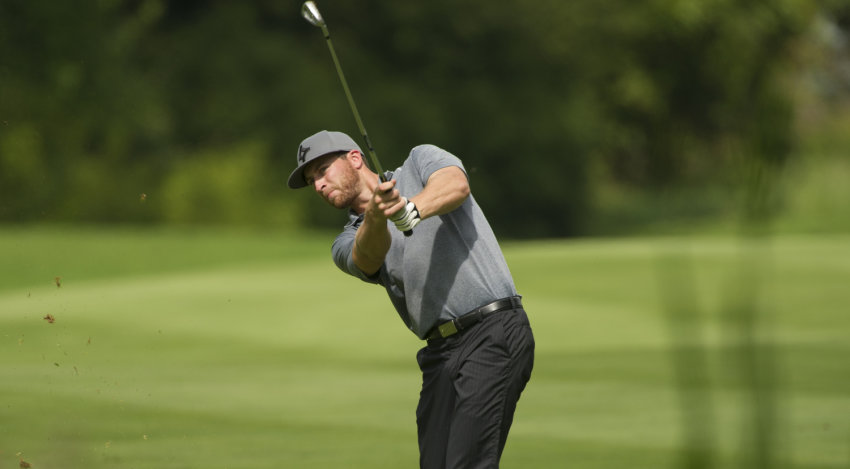 KINGSTON, Ont. – Tulsa, Oklahoma’s Stephen Carney shot a 9-under 63 on Thursday at Loyalist Golf and Country Club to take the first round lead at The Great Waterway Classic, the ninth event of the Mackenzie Tour – PGA TOUR Canada season.

The 25-year old carded nine birdies and an eagle to lead by one over Taiwan’s C.T. Pan, Thornhill, Ontario’s Ben Silverman, Petoski, Michigan’s Joey Garber and West Des Moines, Iowa’s Nate McCoy through one round at Loyalist.

“I putted great, and I probably hit every green,” said Carney, who wasn’t satisfied despite his successful opening round. “I’m going to keep working; 9-under’s not going to win the tournament. You have to shoot pretty low, obviously, because there are so many great players and they’re going to go low.”

A second year Mackenzie Tour member, Carney said he’s grown accustomed to the low scoring required to compete on the Mackenzie Tour, and expects to have a strong field of chasers after his lead heading into the weekend.

“I wanted to get off to a good start just so I wouldn’t have to worry about the cutline being so low. The course is in great condition and the greens are rolling great, so I look forward to competing the whole week. I just keep telling myself I need to keep getting the ball in the hole,” said Carney.

Earlier, Pan, Silverman and McCoy posted the best rounds of the morning at 64, with Garber matching the score in the evening. Pan, the winner of The Players Cup earlier this year and currently no. 9 on the Order of Merit, is returning from an extended trip back to his native Taiwan, where he served a 12-day service period in the Taiwanese Military.

“I putted well. I hit the ball well today, and when I was back home I didn’t play golf for two-and-a-half or three weeks, so I felt a little bit rusty. I practiced in Seattle, so everything’s back and I’m really happy with my first round,” said Pan of his opening round.

Silverman, who ranked fifth on the Order of Merit through three events this season but has since fallen to 15th, said he’s found a way back to the approach that saw him finish in the top five twice in his first four starts of the season.

“I wanted to get back to sticking to my own style of play and game plan, and not being so concerned with hitting it as far as some of the long hitters out here. I focused on that today, and it worked out nicely for me,” said Silverman.

Nine players were a shot further behind at 7-under 65, with 28 players within three shots of the lead at 6-under or better.