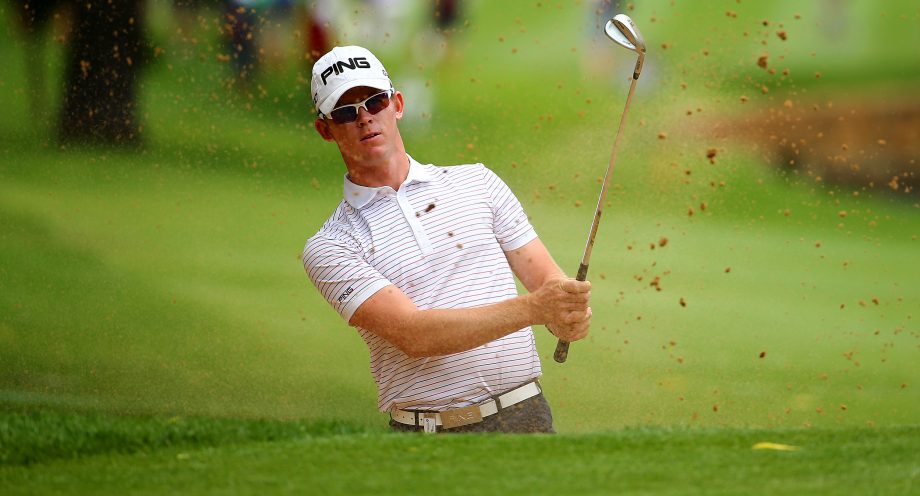 JOHANNESBURG – Brandon Stone and Daniel Brooks share the lead at the European Tour’s South African Open after the third round was suspended because of approaching thunderstorms and the threat of lightning on Saturday.

Englishman Brooks was already one of the players who had to get up early to complete their second rounds because of similar stormy weather and a suspension on the second day in Johannesburg. He was 1 under through nine holes of his third round to be 10 under overall.

South Africa’s Stone was also 10 under, picking up four birdies in his opening nine, and five birdies in the 11 holes he managed to play on Saturday at Glendower Golf Club.

They have a two-shot lead over Keith Horne, who completed only nine holes of his third round.

Five-time champion Ernie Els missed the cut by a shot after finishing his second round earlier Saturday. The four-time major winner had three bogeys and just one birdie in that delayed second round for a 74 and to finish 3 over par.

Another South African major winner, Retief Goosen, was five shots off the lead after finishing 11 holes of his third round at Glendower.

Stormy weather has caused suspensions in play on all three days of the tournament. Players will return at 7:30 a.m. local time on Sunday to complete their third rounds.