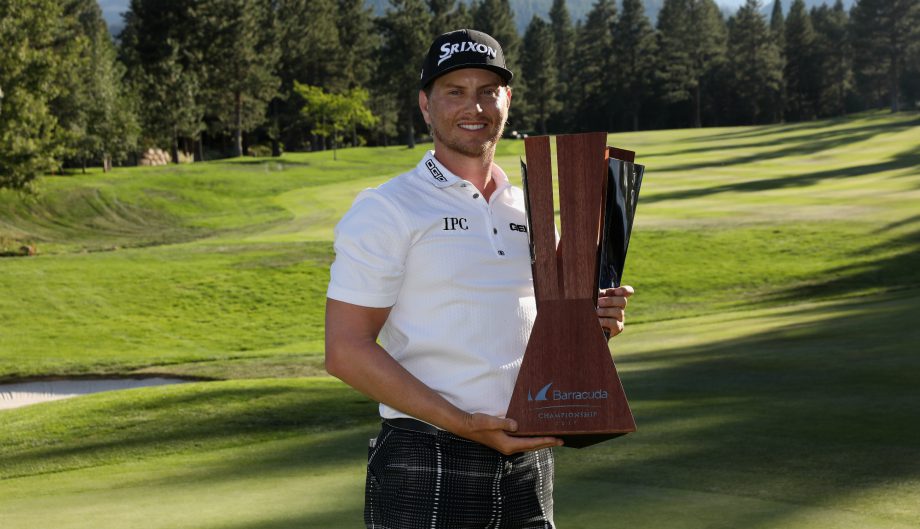 Chris Stroud ended more than a decade of futility on the PGA Tour with two of the most important shots of his career.

One was a 5-wood to 5 feet on the final hole of the Barracuda Championship that got him into a playoff. The other was a 5-iron to 12 feet on the par-5 18th hole that made him a PGA Tour winner for the first time in 11 years and 289 tournaments.

“Eleven years I’ve waited for that,” Stroud said when he was introduced as a tour winner. “So it’s a dream come true.”

Not even in the picture for so much of the final round, Stroud rallied over the final six holes at Montreaux Golf and Country Club with three birdies and an eagle to get into a three-man playoff. He won with a two-putt birdie on the second extra hole.

The victory sends Stroud to the PGA Championship next week, the first of many perks. He also gets a two-year exemption, almost as important as playing a major for a 35-year-old who only had conditional status this year.

He also gets into the Tournament of Champions at Kapalua, the start of the new year reserved only for PGA Tour winners.

It required a frenetic finish, especially with the modified Stableford format that awards five points for an eagle, two points for a birdie and take away one point for a bogey and three points for a double bogey or worse.

Stroud picked up 20 points in the final round – 11 of them on that final stretch – and got into the playoff with 45-year-old Greg Owen (making his 264th start on the PGA Tour without a victory) and PGA Tour rookie Richy Werenski.

Owen caught a bad lie in the bunker on the 18th hole in the playoff, bladed it out to 45 feet and missed his birdie putt. He was eliminated when Stroud two-putted from 25 feet for birdie, and Werenski calmly rolled in an 8-foot birdie putt.

“Disappointed,” Owen said. “This time of my career, you don’t get many more chances.”

Stroud was inspired by Sergio Garcia, who finally won a major this year at the Masters after 70 tries in the majors as a pro. He ran into the Masters champion at the AT&T Byron Nelson this year.

“I gave him a hug and said congratulations and he said, ‘Just take it easy. It will come to you.’ And I don’t think he even realized how important that was for me,” Stroud said. “I took a back seat. I didn’t push so much to try to win a golf tournament. I just did the best I could to prepare and to show up every week ready to play. And it just came to me.”