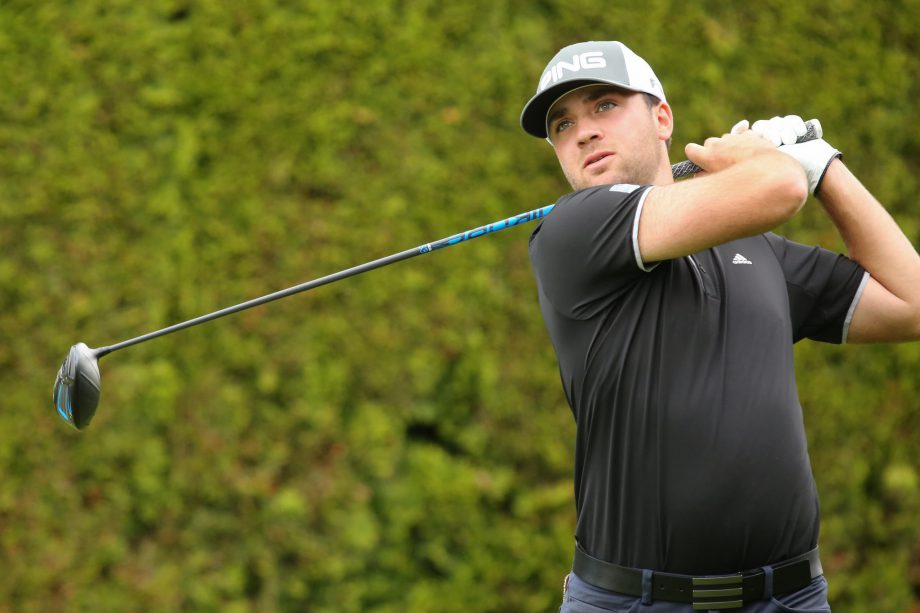 The 24-year old made six birdies, an eagle and a bogey on the day to reach 14-under, one stroke ahead of Tampa, Florida’s Lee McCoy through two rounds at National Pines. With three top-25s this year but no top-10 finishes, the Georgia Southern grad said he hoped to turn his season around this weekend.

“It’s been a struggle this year. I know I’ve been good enough and the scores just weren’t there, and I’ve just been trying to stay patient,” said Wolfes, admitting that his year to this point hasn’t been what he had hoped for in his second Mackenzie Tour season. “Hopefully I can produce some good results this weekend. I have nothing to lose, so I’m just trying to get better and get on the Web.com Tour.”

McCoy, who was one of five co-leaders after day one, shot a 66 to sit one back heading to the weekend, crediting his round to a strong tee-to-green performance once again.

“If you told me, given those conditions, that I would be not in the lead at 13-under, I would have told you that you were wrong,” said McCoy with reverence for Wolfes’ playing. “Obviously Scott played some great golf yesterday and today, and I’m looking forward to tracking him down.”

California’s Johnny Ruiz was a stroke further behind at 12-under after a 67, while British Columbia’s Stuart Macdonald was at 11-under with a 67 of his own.

24-year old Scott Wolfes is making his 22nd career start on the Mackenzie Tour this week. He owns one previous top-10, when he finished T2 at the 2016 ATB Financial Classic. Wolfes ranks 55th on the Order of Merit this season thanks to three top-25 finishes, including a season-best T11 at the Players Cup. Wolfes played college golf at Georgia Southern University, where he was named an Honorable Mention All-American in 2015.

University of Georgia alum and former NCAA All-American Lee McCoy is making his 11th career start on the Mackenzie Tour. Earlier this year, he set the record for largest margin of victory during the PGA TOUR era on the Mackenzie Tour with an eight-stroke win at the Freedom 55 Financial Open. McCoy ranks sixth on the Order of Merit heading into the week. In 2016, he thrilled hometown fans in Palm Harbor, Florida by finishing solo fourth as an amateur at the Valspar Championship on the PGA TOUR.

23-year old Johnny Ruiz is making his 10th career start on the Mackenzie Tour. Earlier this year, he earned exempt status for the first eight events of the season with a T2 finish at the British Columbia Q-School and has since recorded three top-10 finishes, including his first Mackenzie Tour win at the Staal Foundation Open last month. Thanks to his win, Ruiz moved into second on the Mackenzie Tour Order of Merit and earned an exemption into the 2017 RBC Canadian Open. He missed the cut by one stroke. Ruiz ranks fourth on the Order of Merit heading into this week. Ruiz did not begin playing golf until age 14 and notched his first pro win at the 2016 Monterey Open.

“I’ve definitely been waiting for it all year, for special things like that to happen that don’t happen every week. It was nice to have them happen today, but I’m going to have to make a few more putts the next couple of days. This week is do-or-die for me, so it’s just kind of pedal to the medal and whatever happens, happens.” – Riley Wheeldon on a 6-under 66 that included a hole-out eagle on No. 7 and a chip-in eagle on No. 9.

“Honestly, I had one of my best ball striking rounds I’ve had in a while and just kind of caught fire. I threw a lot of darts and had a bunch of tap-ins.” – Stuart Macdonald on a 6-under 66 that included an inward nine of 6-under 30.