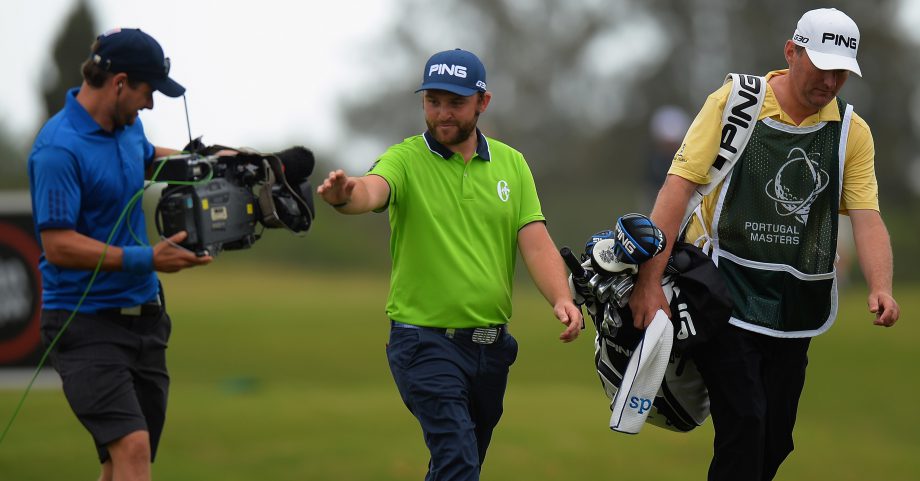 VILAMOURA, Portugal – England’s Andy Sullivan shot a 4-under 67 in windy conditions to take a five-shot lead into Sunday’s final round at the Portugal Masters.

Sullivan had six birdies in the third round on Saturday, when tee times were moved forward because of severe weather.

The Englishman said his score was “awesome in that horrible weather.”

“I thought I handled myself well. I didn’t really feel like I’d done much wrong out there today,” Sullivan said. “I think every part of my game is in good touch, and I didn’t really ever leave myself too much to do.”

Sunday’s final round at the Oceanico Victoria course will also start earlier than scheduled because of weather.

“More of the same hopefully,” Sullivan said. “Just go out there and do my thing, and hopefully come in and sign for a good score again.”

Sullivan, who won the South African Open earlier this year, shot 64 on each of the first two days and is 18 under for the tournament.

Eduardo de la Riva of Spain is second after a 3-under 68 put him on 13 under.

“Five shots is a lot and he’s playing very, very well,” De la Riva said of Sullivan. “If the day is like this, it can be possible with a very low round.”

Spain’s Jorge Campillo and Chris Wood of England were tied for third at 11 under, seven shots back.