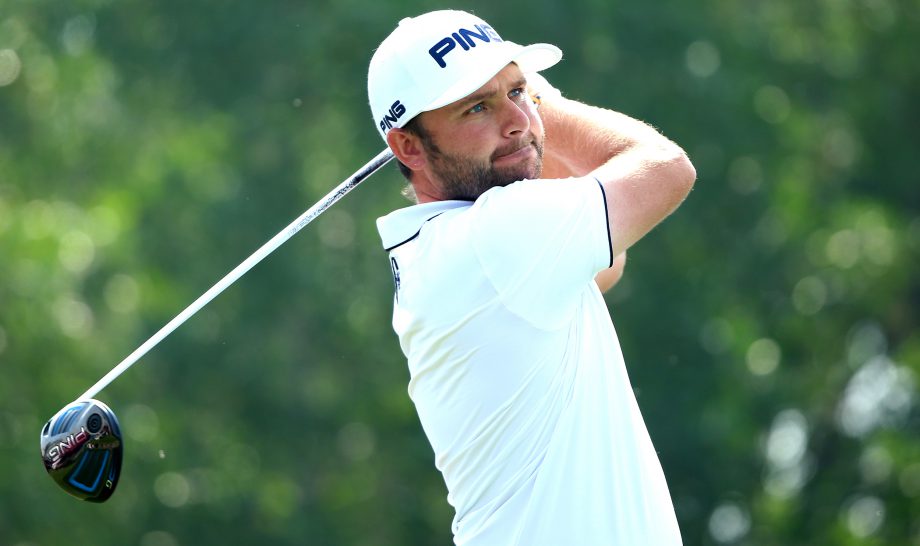 After fog delayed the start of play by nearly three hours, Sullivan shot a second straight 5-under 67 to move clear on 10-under and make another strong impression in front of his playing partner, European Ryder Cup captain Darren Clarke.

Spieth and McIlroy were in the marquee afternoon group, but both played erratically and were 1 over after 13 holes when play was suspended for the day because of darkness. Spieth was at 3 under and McIlroy at 5 under, with both struggling off the tee.

DeChambeau, the surprise first-round leader following a 64, was a shot behind Sullivan after playing nine holes in 1 under. Starting on No. 10, he made birdies on two of his first three holes but bogeyed No. 18 in the fading light.

Joost Luiten (68) and Rafael Cabrera-Bello (67) were in the clubhouse on 7-under 137, with the leaderboard shorn of the tournament’s leading players. Henrik Stenson dropped three shots in 12 holes before play was suspended to fall to 4-under overall, and Branden Grace was on the same score after shooting 74.

The European Tour said the third round will be a two-tee start, in three balls, to make up for the lost time Friday.

Sullivan, one of the stars of the European Tour in 2015 with three victories, won three points from three matches for Europe in its big win over Asia in the EurAsia Cup in Malaysia last week. Clarke captained the Europeans for that event, a test run for the Ryder Cup, and has been further impressed by Sullivan’s play and attitude in Abu Dhabi – this time even closer up.

The 28-year-old Englishman started and finished his second round with three straight birdies.

“Darren knows what I can do, so I don’t think it was imperative (to play well here),” Sullivan said, “but it bodes well when you do.”

Clarke and Sullivan have been close friends since Sullivan turned professional in 2011 and the jokes have been flying between them this week.

“He has completely taken the mick out of me for two days and I have told him that if he keeps this up, a pick (for the Ryder Cup) is out of the question,” Clarke said.

Sullivan, known for his big smile and easygoing attitude, says Clarke has been playfully abusing him for being a “short, fat guy” but has been giving it back.

“He’s got 60 on his ball and, on the first tee, I said I didn’t realize you put your age on the ball,” Sullivan said, laughing. “I just try and have a bit of to-ing and fro-ing. It was good fun and kept it relaxed.”

DeChambeau is the 2015 U.S. Amateur and NCAA champion who plays with a home-made set of irons that are all the same length, explaining his self-styled nickname “The Golf Scientist.” He went out in the final group of the day, knowing he wouldn’t come close to completing his round, and made some ground back on Sullivan.

“I had adrenaline going, that’s for sure,” DeChambeau said. “But there’s no anxiety, no nerves. Doesn’t matter what the outcome is.”

The bogey on the par-5 18th – one of the easier holes at Abu Dhabi Golf Club – came after a bad second shot out of a fairway bunker.

Spieth bogeyed Nos. 4 and 5, and avoided finding the water off the tee on No. 9 when his hooked drive hit a spectator and finished in the rough. His only birdie was on No. 10, and the American is two shots above the projected cut of 1 under.

McIlroy made 12 pars and a bogey on No. 9 after pushing his drive toward the rocks on the edge of a lake.