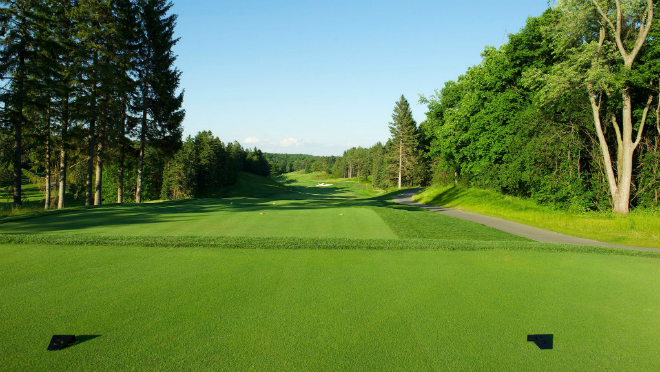 RICHMOND HILL, Ont. – Top amateur golfers over the age of 25 will gather Aug. 20-23 for the 33rd playing of the Canadian Men’s Mid-Amateur Championship taking place at Summit Golf Club in Richmond Hill, Ont.

Deraney and Garrett Rank of Elmira, Ont., headline a full field of 156 competitors who will take to the fairways of Summit Golf Club. Rank recently won the prestigious Western Amateur and is a three-time Canadian Men’s Mid-Amateur champion, having won the tournament in 2014, 2015 and 2016. He’s also a NHL referee and former Team Canada member.

“We are thrilled to bring this talented field to Summit Golf Club,” said Akash Patel, the Tournament Director and Rules and Competitions Coordinator with Golf Canada. “The Mid-Amateur is a great opportunity for Canadian amateurs to find success and compete on a national stage. This beautiful course is in great condition and sure to draw out some exciting competition.”

The first round will take place Tuesday, Aug. 20 and the field will be reduced to the low 70 and ties for the final two rounds.

The championship was first contested in 1987 and includes a Mid-Master competition for players over the age of 40 that runs concurrently with the tournament. Todd Fanning of Winnipeg defended his Canadian Men’s Mid-Master title in 2018.

An inter-provincial team competition for the R. Bruce Forbes Trophy is held over the first 36 holes. Team Ontario is aiming for its fifth consecutive inter-provincial team victory. The trio of Rank, Bunker and Toronto native Patrick Forbes won with a score of 8 under. Team British Columbia finished runner-up at 2 over.

In addition to the Canadian Men’s Mid-Amateur title, the 2019 champion will receive an exemption into the 2020 RBC Canadian Open at St. George’s Golf & Country Club in Toronto from June 8-14.

“We are truly honoured to host the prestigious Canadian Men’s Mid-Amateur Championship at Summit Golf Club,” said Director of Golf and General Manager Ian Leggatt. “We look forward to challenging this strong field with our historic golf course, in addition to showcasing the beautiful city of Richmond Hill and all it has to offer.”

Additional information about the tournament, including the full field and tee times is available here.

Garrett Rank, Elmira, Ont.
Rank won the 2019 Western Amateur in early August, becoming the first Canadian since 1977 to capture the prestigious championship. The current NHL referee is a three-time winner of the event, but hasn’t had his named etched on the trophy since 2016. Rank represented Canada at the 2018 World Amateur Championship and the 31-year-old’s older brother, Kyle, is also in the field.

Joseph Deraney, Belden, Miss.
The defending champion is looking to become the seventh golfer to win back-to-back Canadian Men’s Mid-Amateurs. Deraney has won two tournaments in 2019 – the Mississippi State Amateur Championship and the Greenwood Invitational. As the 2018 champion, Deraney earned an exemption to the 2019 RBC Canadian Open, missing the cut.

Dave Bunker, Brampton, Ont.
A three-time winner of the event from 2008-2010, Bunker is looking to rebound after missing the cut in 2018. The 54-year-old has played well in 2019, earning two top-10 results at the Ontario Men’s Match Play Championship and the Ontario Men’s Amateur Championship.

Todd Fanning, Winnipeg
Fanning has claimed the Mid-Master competition two years in a row, winning both the Mid-Master and Mid-Amateur in 2017. He played the RBC Canadian Open as a 50-year-old in 2018 – the fifth time he played the tournament and his first appearance in 16 years.

Rob Couture, Dallas
The former champion has played four tournaments thus far in 2019, with his best result being an eighth-place finish at the North Texas Mid-Amateur Championship – a tournament he has won on three occasions. Couture was the first non-Canadian to win the Canadian Men’s Mid-Amateur when he did so in 2011.

The Championship was first contested in 1987 and was originally known as the RCGA Pre-Seniors Championship before it was renamed to its current name in 1989.

The inter-provincial team championship for the R. Bruce Forbes Trophy was first conducted in 1992 and is played concurrently over the first two rounds of stroke play.

Graham Cooke of Hudson, Que. and Stu Hamilton of Brampton, Ont. captured 11 of the first 20 championships played. Cooke was the inaugural champion in 1987 and has the most event wins with seven.

The defending champion is Joseph Deraney, who won the title by posting a final round of 65.

Three players have won the event three times in a row: Garrett Rank, Dave Bunker and Graham Cooke – no one has won it four straight years.

The format changed from match to stroke play in 2006, with the Mid-Master category introduced for golfers over the age of 40.