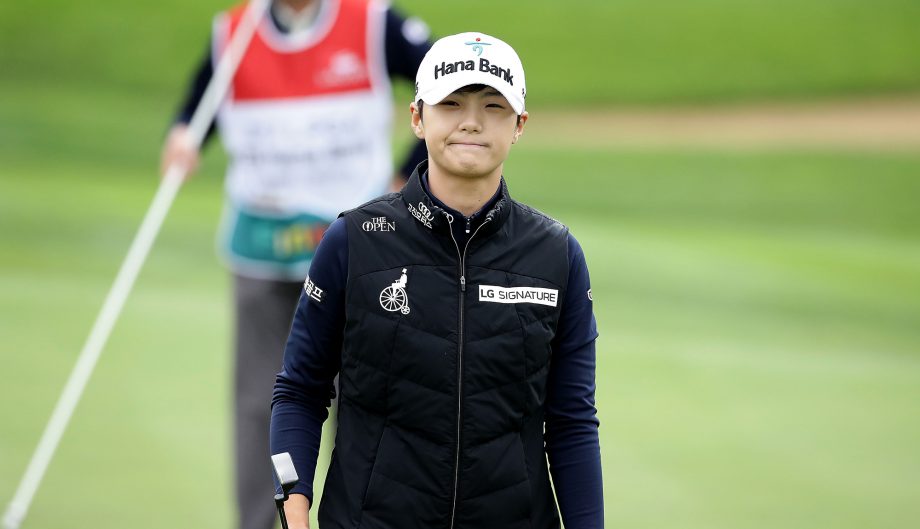 Playing in a mouth-watering grouping that featured the game’s top three players, World No. 2 Park birdied her last two holes to shoot a sizzling six-under-par 66 on the Ocean Course, finishing the round level with Minjee Lee and Korean LPGA Tour player Min-Sun Kim.

“I am off to a really good start,” said Park, who is runaway leader in the race for the Louise Suggs Rolex Rookie of the Year award. “I’m feeling really good. My only hope at this point is that I maintain this. My putting was really strong today, especially I was holing a lot of my mid-range putts. So I’m quite satisfied with that.”Minjee Lee opened the LPGA KEB Hana Bank Championship with eight birdies and two bogeys on her card. Lee has tallied eight top 10s so far this season and while she is pleased with her play she is hoping for a win to top off the year.

“I’ve had a pretty solid year.” Lee said following her round. “It would be nice to have a win for the remainder the season. That will be my goal.”

Min-Sun Kim, a member of the KLPGA, is looking to improve upon her T3 finish from 2016. Kim’s first round included seven birdies and one bogey, including a streak of five in a row to close out her front nine.

“It’s just the first round for me,” said Min-Sun. “I feel like I made the good first step. I think I would need to maintain in momentum for the remaining rounds.”

LPGA Tour veteran Cristie Kerr, who just four days earlier had clinched a highly emotional victory at the Lacoste Ladies Open de France for her first win on the Ladies European Tour, maintained her impressive form to card a 67 and sit one stroke off the early pace with Lizette Salas, Marina Alex, Chella Choi and Min-ji Park.

Most eyes, however, were focused on the heavyweight trio of Park, World No. 1 So Yeon Ryu and third-ranked Lexi Thompson who teed off together in the final group of the day on the front nine, and it was Park who fared best as she racked up six birdies in a flawless display of golf.

“I played very well,” Kerr said after ending her round with three birdies in her last four holes. “I didn’t hit it that great, but I managed and hit it in the right area and made some putts. Had a good finish.”

So Yeon, who is the front-runner for Player of the Year honours on the 2017 LPGA Tour, opened with a 72 while the long-hitting Thompson, a fan favorite wherever she plays, returned a four-birdie 69.

“I’ve played with both players in the same group before, so I don’t think there was a lot of burden or pressure,” Park said of the marquee grouping. “I think I was really able to stay concentrated on my game today.”