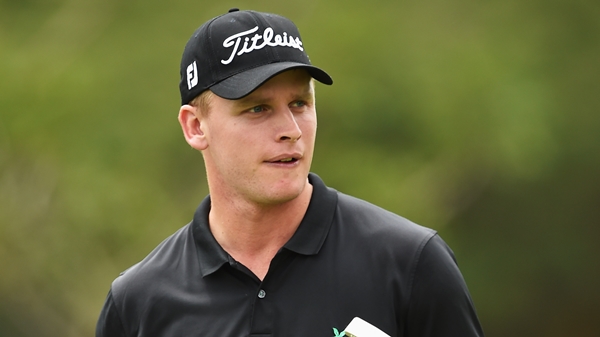 PRETORIA, South Africa – Morten Orum Madsen of Denmark finished with a hole-in-one and an eagle for a 7-under 63 to share the first-round lead at the Tshwane Open on Thursday.

Madsen was joined by David Horsey of England, who was bogey-free with seven birdies around the par-70 Pretoria Country Club course.

They are a shot ahead of Wallie Coetsee and Brett Rumford at the last event of a three-tournament swing for the European Tour in South Africa.

Madsen, whose only win on the European Tour came in South Africa in 2013, had four birdies and a bogey before his remarkable finish.

He spun his tee shot back into the hole on No. 8, his 17th, for his ace. He then eagled the par-5 No. 9 after reaching the green in two with a pinpoint long iron.

“That was fantastic,” Madsen said. “For the last couple of weeks I’ve been hitting some shots that were really close and I said to my caddie that a hole-in-one was on the cards pretty soon.”

At first, Madsen didn’t realize he’d holed the tee shot on the short hole. He then threw up his arms and said, “it’s in, it’s in,” before high-fiving his playing partners.

Former Ryder Cup winner Edoardo Molinari is also competing in the South African capital and opened with a 66 for a tie for ninth. European Ryder Cup captain Darren Clarke carded a 71.