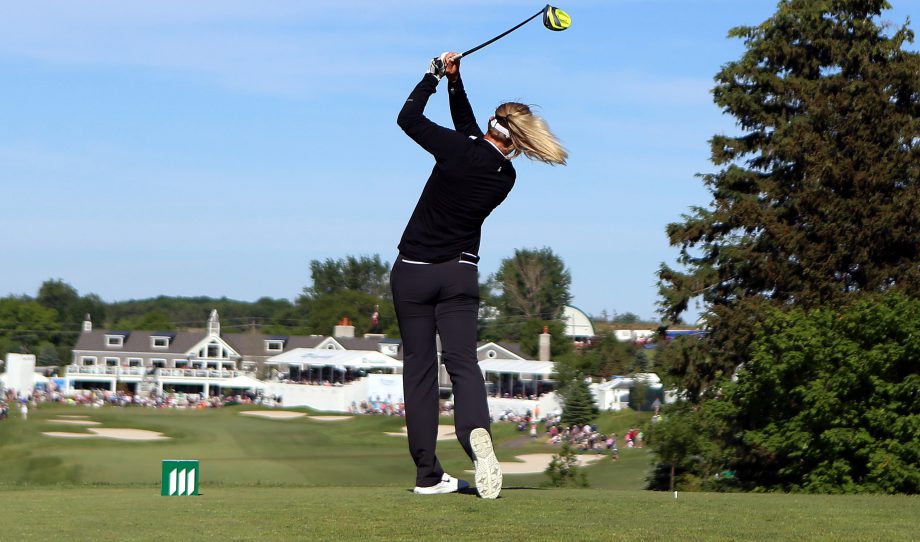 CAMBRIDGE, Ontario – Suzann Pettersen birdied two of the last three holes to win the Manulife LPGA Classic on Sunday for her 15th LPGA Tour victory and first since October 2013.

Pettersen closed with a 3-under 69 in windy conditions for a one-stroke victory over Brittany Lang at Whistle Bear Golf Club, the first-year venue after three seasons at Grey Silo in Waterloo.

Pettersen blasted out of a greenside bunker to 2 feet on the par-5 16th to set up a birdie that tied Lang for the lead, then hit a 5-iron to 8 feet for another birdie on the 191-yard, par-3 17th. The 34-year-old Norwegian parred the par-4 18th, hitting her long first putt to a foot.

Pettersen finished at 22-under 266. She ended a 35-event victory drought and is projected to jump from 10th to fifth in the world ranking.

After playing bogey-free the first three rounds, Petersen dropped strokes Sunday on Nos. 2 and 5. She rallied with birdies on Nos. 8-9, eagled the par-5 12th, and gave a shot back with a bogey on the par-4 13th.

Colombia’s Mariajo Uribe was third at 18 under after a 72.

Cristie Kerr bogeyed the final four holes for a 73 to drop into a tie for fourth at 16 under.