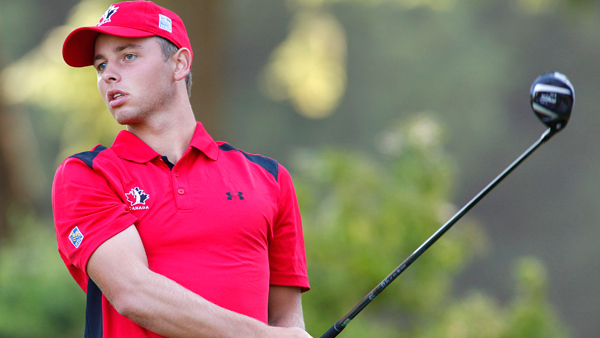 Adam Svensson continued his winning ways Tuesday, capturing his second straight tournament after firing a 7-under 65 at the St. Edward’s Invitational in Austin, Texas.

Svensson, a sophomore at Barry University, finished the tournament at 10-under 134. The event was shortened to 36 holes due to bad weather in the Austin area.

The Surrey, B.C. native now has four victories in only six starts this season. He’s now tied with Daniel Stapff for all-time wins at Barry University.

During the fall season, Svensson, 20, captured the Brickyard Crossing and Guy Harvey Invitational. In addition, he recently set a single round school scoring record after carding a second round 64 en-route to his victory at the Matlock Collegiate Classic in February.

As a team, No. 1 ranked Barry finished 13 strokes ahead of CSU-Monterey Bay to claim their third team victory of the season.

For complete results from the St. Edward Invitational, click here.