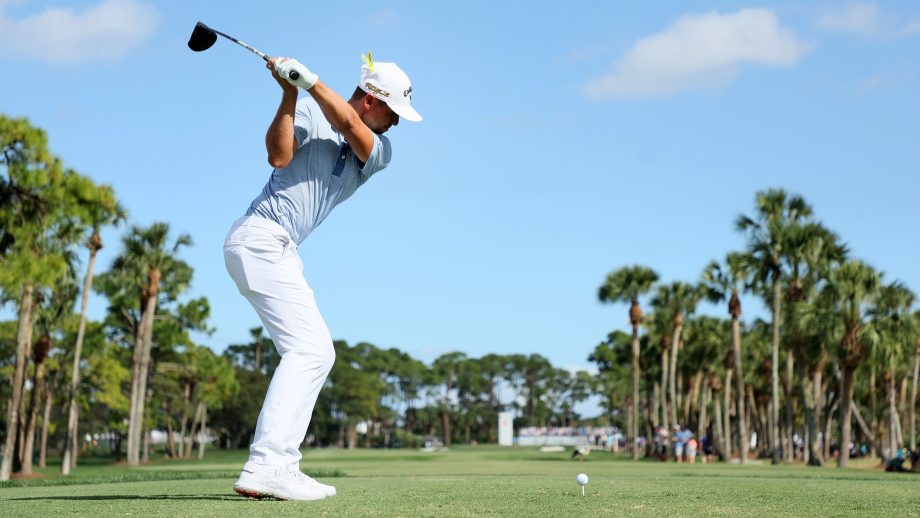 PALM BEACH GARDENS, FLORIDA - FEBRUARY 27: Adam Svensson plays his shot from the eighth tee during the final round of The Honda Classic at PGA National Resort And Spa (Photo by Andy Lyons/Getty Images)
Golf Canada

In January, Svensson finished T7 at the Sony Open in Hawaii. With the T9 finish in Palm Beach, Svensson moved up 13 spots in the World Golf Rankings from 181 to 168th.

“I’ve just been working really hard. In the two weeks off I practiced every single day,” said Svensson. “Eight to ten hours a day, and just found something and [am] sticking to it.”

Svensson was no stranger to the layout having previously posted a 7-shot victory at PGA Resort and Spa’s Championship Course in 2015 to win Q-School.

“I just feel like I play good in the wind for some reason,” said Svensson on his comfort with the difficult course. “I’m able to control the golf ball, I like to hit it against the wind, hit it low and kind of create shots where, if there’s no wind, it’s more of just hitting the shot. So, yeah, just love playing in the wind.”

Nick Taylor would also land inside the top 20 shooting 3-under 67 in the final round to finish T16. Taylor Pendrith would finish T25, with Mackenzie Hughes T48 and Roger Sloan T55.