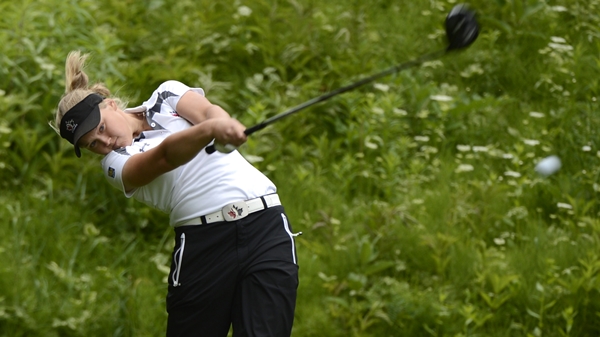 Rancho Mirage, Calif. – In keeping with its cherished tradition of honoring the world’s top amateur players, the Kraft Nabisco Championship has announced that nine of the world’s top amateur and college players – including Team Canada’s Brooke Henderson – have accepted invitations to participate in the LPGA Tour’s first major of 2014.

Brooke Henderson, from Smiths Falls, Ont., owns the No. 6 spot on the World Amateur Golf Rankings. She also owns the status as the youngest player to win a professional golf tournament, when she won on the Canadian Women’s Tour at age 14. She’s also claimed victory at the South Atlantic Amateur, the International Junior Orange Bowl, the Sprint International, the Canadian Women’s Amateur and the South American Amateur.

Henderson, 16, will play in her first Kraft Nabisco Championship after finishing 35th in the Manulife Financial LPGA Classic and 59th in the U.S. Women’s Open in 2013. She’s also competed in the Canadian Women’s Open on two occasions (2012 & 2013).

Toronto’s Rebecca Lee-Bentham will also represent Canada at the season’s first major. As the highest ranked Canadian in the world at No. 193, Bentham’s season best finish is a tie for 29th at the ISPS Handa Women’s Australian Open

Get to know a little more about Henderson is this video.

The Barry University sophomore and Surrey, B.C. native carded an even par 216 (74-68-74) to finish six strokes back of champion Ryan Gendron of St. Leo University.

The Sunshine State Conference (SSC) player of the week has been atop nearly every leaderboard as of late. The 20-year-old has captured four out of seven titles this season for the Barry Buccaneers, with his latest win coming last week at the St. Edwards Invitational.

As a team, the NCAA Div. II No. 1 ranked Buccaneers took home the hardware with a six stroke margin over runner-up Lynn University. They will be back in action again next week at the Bobcat Invitational in Eatonton, GA.