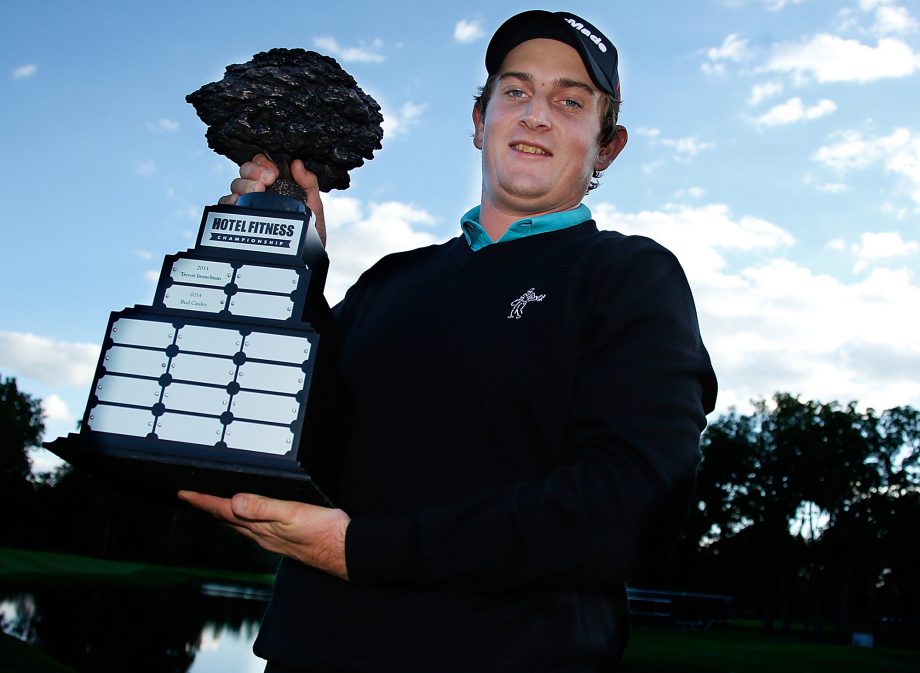 Norlander shot a course-record 10-under 62 at Sycamore Hills to beat Michael Thompson and third-round leader D.H. Lee by three strokes.

Six strokes behind Lee at the start of the round, Norlander earned $180,000 after finishing 47th on the Web.com Tour’s regular-season money list. The 28-year-old former Augusta State player had only nine putts in a front-nine 30 and 21 for the round.

“I got off to a great start,” Norlander said. “I made a bunch of putts on the front nine and was six-under and kept it going on the back nine and hit some really good shots on some tough holes.”

The four-event series features the top 75 players from the Web.com Tour money list, Nos. 126-200 from the PGA Tour’s FedEx Cup standings and non-members of the tour who earned enough money to have placed in the top 200 had they been eligible to receive points.

The top 25 players on Web.com regular-season money list earned PGA Tour cards. They are competing against each other for PGA Tour priority, with regular-season earnings counting in their totals and the final leader getting a spot in The Players Championship. The other players are fighting for another 25 cards based on their earnings in the series.

“Once I saw the ball in the fairway on 18, I felt pretty calm,” Norlander said about the dogleg left. “I like to hit the ball left to right and it’s just a nasty shot for me, so it was always in the back of my head that I had to hit that shot and was able to hit a good one.”

Thompson, the winner of the PGA Tour’s 2013 Honda Classic, was 146th in the FedEx Cup standings. Lee, from South Korea, was 15th on the Web.com Tour regular-season money list to earn a PGA Tour card. They each earned $88,000.

Sam Saunders, Arnold Palmer’s grandson, tied for fourth with Hiroshi Iwata at 14 under. Saunders closed with a 69, and Iwata shot 66.