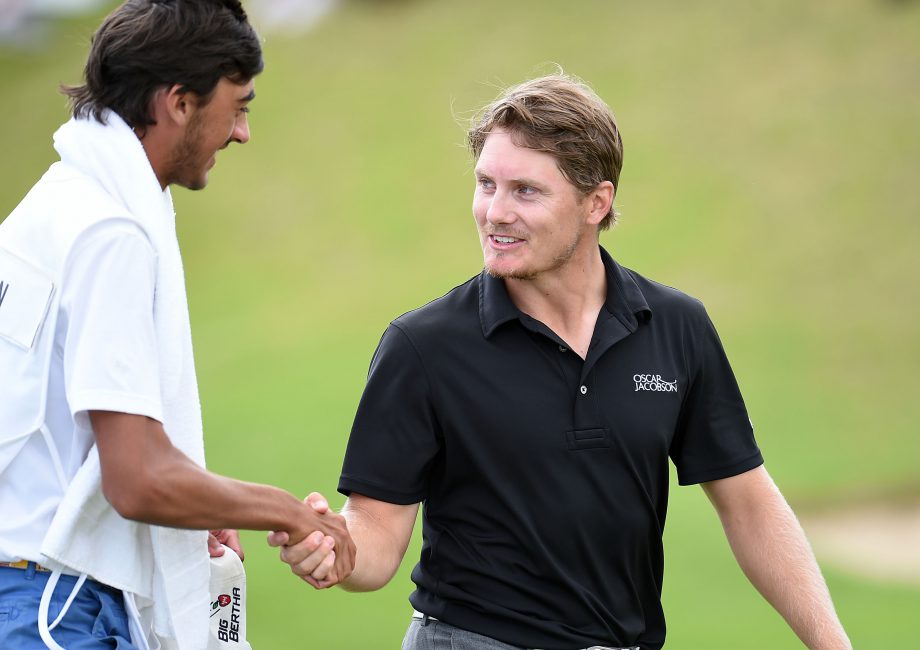 SANTO DA SERRA, Madeira Islands – Pontus Widegren of Sweden will take a one-shot lead into the final round of the Madeira Islands Open, and hope of a first win on the European Tour.

Widegren offset two bogeys with two eagles before the turn, and finished the third round with a 5-under-par 67 to sit on a total of 16-under 200.

Widegren said he struggled on the greens, and was able to overcome a tough start by hitting “a nice eagle at No. 3” and building momentum.

Tied for second were Scott Henry of Scotland and Roope Kakko of Finland. Henry enjoyed a flawless round of 65 with seven birdies, and Kakko finished his round of 64 with three straight birdies.

Brandon Stone of South Africa (66) was two back, and Bjorn Akesson of Sweden (68) bogeyed his last two holes to drop into fifth on his own, four shots off the pace.