Szeryk sits T11 as low Canadian; An, Choi lead ahead of final round 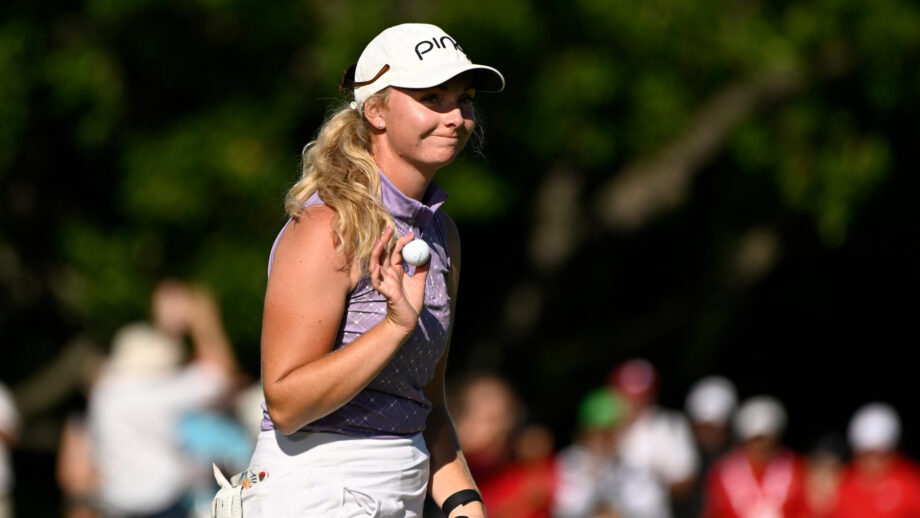 “You know, it’s the Canadian Open. It’s a major for us. All the friends and family are here, and just to play well in front of the Canadian crowd is really special,” said Szeryk.

The 18-year-old from Thornhill, Ont., delayed her arrival at Texas Tech by a week so she could play at the CP Women’s Open. Betting on herself has paid dividends as Zaretsky is the only Canadian amateur to make the cut at the national women’s golf championship.

“It just brings good momentum coming in,” said Zaretsky of playing the LPGA event before beginning her collegiate career. “I know what it takes to get on the Tour and I think I belong and I’ve just got to keep grinding.”

That grind will continue on Monday when Zaretsky has to travel to Lubbock, Texas, for her first day of school. She’ll go from the Ottawa Hunt and Golf Club to Toronto’s Pearson Airport to Dallas-Fort Worth Airport before finishing her sojourn with an hour-long flight to Lubbock.

Two days later Zaretsky and her Red Raiders teammates will travel to Pebble Beach, Calif., for the Carmel Cup, the first NCAA golf tournament of the season.

“It’s going to be tough because it’s just a small goodbye to my family, but I know that a lot of success and a lot of hard work is going to come out of it,” said Zaretsky, who had her family with her at the CP Women’s Open. “So I’ll come back even stronger.”

Jojo Robertson, the head coach of the Texas Tech women’s golf team, said she was already impressed with Zaretsky’s maturity and is eager for her to arrive in Lubbock.

“Her team is supportive of her. They’re ready for her to get here and join them,” said Robertson over the phone. “We never hesitated that she should have the opportunity to play in this great tournament that she’s in right now.”

Zaretsky won the Canadian women’s amateur in 2021 which would normally be an automatic berth into the CP Women’s Open. However, the national women’s championship was cancelled last year because of COVID-19, so Golf Canada saved her a spot in this year’s CP Women’s Open allowing her to still benefit from winning the amateur.

She showed some of the fire that won her the women’s amateur on Saturday. She pumped her fist after birdieing the final hole of her third round, finishing the day 2-over 73 to sit in a tie for 71st at 1 under.

“It was a struggle the last few holes so to get that putt in for birdie was really nice and to have it in front of the crowd, I had to fist pump,” said Zaretsky. “I like the big crowds and I’m very confident I like to do my fist pump.”

Two former teammates are tied atop the leaderboard at the CP Women’s Open, vying for their first wins on the LPGA Tour.

South Korea’s Hye-Jin Choi and Narin An are tied at 16-under overall after three rounds at the Canadian women’s golf championship. They played together last month at the Dow Great Lakes Invitational and have known each other for more than five years after playing against each other in Asia.

“It was only about a month ago that we played on the same team and played well,” said Choi, who was paired with An and American Lindy Duncan on Saturday. “Obviously, we’re both focusing on our individual play when we played together today, but I hope we both play well tomorrow and put up a good score.”

An, the tournament’s second-round leader, shot a 3-under 68 to stay atop the leaderboard. Choi fired a 5-under 66 to move up into a tie with An.

“I didn’t like my play today as much as I did yesterday and two days ago,” said An. “But I think not making any big mistakes is a positive to take away.”

South Africa’s Paula Reto (67), the first-round leader after setting a course record at Ottawa Hunt and Golf Club on Thursday, sat in third. Sarah Schmelzel (66) and Nelly Korda (68) of the United States were tied for fourth at 14 under.

If Korda wins the tournament she will reclaim the top spot in the women’s world golf rankings.

“At the end of the day, you’re not going to move up the leaderboard unless you make the putts,” said Korda. “I’m going to go to the range, try and get my swing in order, because I was kind of hitting it all over the place on the front nine.

“Hopefully I can get a one good one going tomorrow.”