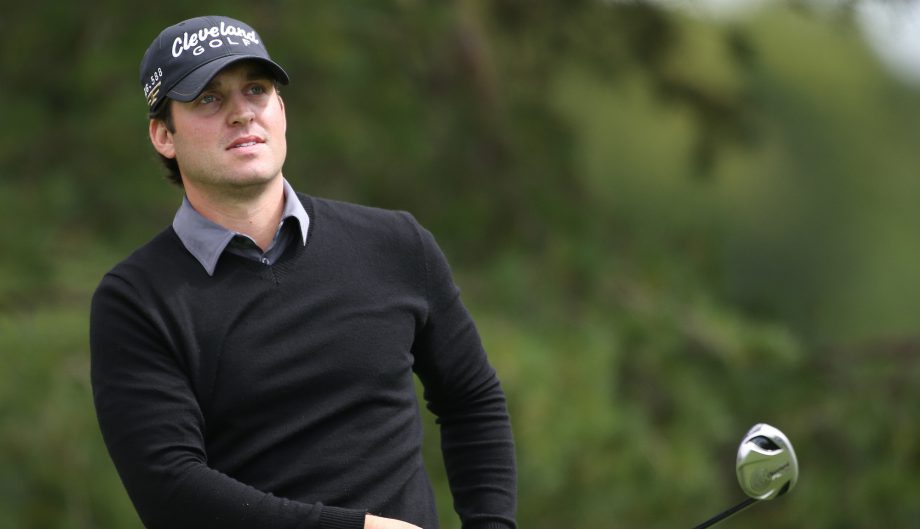 Jacksonville Beach, Florida’s T.J. Vogel carded a 2-under 70 on Friday at Point Grey Golf and Country Club to take the second round lead at the Freedom 55 Financial Open, the first event of the 2017 Mackenzie Tour – PGA TOUR Canada season.

The 26-year old followed up a 9-under 63 on day one with four birdies and two bogeys on Friday to take a one stroke lead over Harare, Zimbabwe’s Scott Vincent through 36 holes at the season’s opening event.

“It feels good,” said Vogel, a second-year Mackenzie Tour member. “Any time you have a lead, it’s nice.”

The former University of Southern California and University of Florida standout said he was a little disappointed not to match his outstanding score from the first round, but accepted his position knowing he’s the man to catch heading into the weekend at Point Grey.

“When you shoot 9-under in the first round, your expectations are a little higher. I would never really be upset to shoot 2-under normally, and to be in the position I’m in through two rounds is a nice place to be,” said Vogel.

Vincent, a 25-year old Virginia Tech alum, managed to offset four bogeys on Friday with five birdies and was one shot behind Vogel at 10-under, while Lee McCoy and Jordan Niebrugge were a shot further behind at 9-under.

“I’m right in the mix, and that’s always exciting. Hopefully I can put two rounds together and walk away smiling,” said Vincent.

As an amateur, Vogel was one of the country’s top players, having claimed the 2012 U.S. Amateur Public Links to earn a spot in the field at The Masters the following year. He was an NCAA All-America selection at both USC and Florida before turning pro, and has since made 57 combined starts on the PGA
TOUR, Web.com Tour, Mackenzie Tour and PGA TOUR Latinoamérica.

Now in his second full season in Canada, the 26-year old says he’s playing some of his best golf and is making strides in the mental performance side of the game that often represents the next hurdle for up-and-coming players.

“You just have to be patient with yourself, and that’s just my main focus. I’m trying to stay in my process and my routine on every shot and not get ahead of myself,” said Vogel, who admitted to struggling after strong starts at times on Tour last season.

After an opening round 71, Surrey B.C.’s Ryan Williams carded a 66 Friday to move into a tie for fifth. The 36-year-old is looking to improve on his 13th place finish on the Order of Merit in 2016.

Team Canada Young Pro Squad member Taylor Pendrith (Richmond Hill, Ont.) is part of a group at -3 in a tie for 26th.