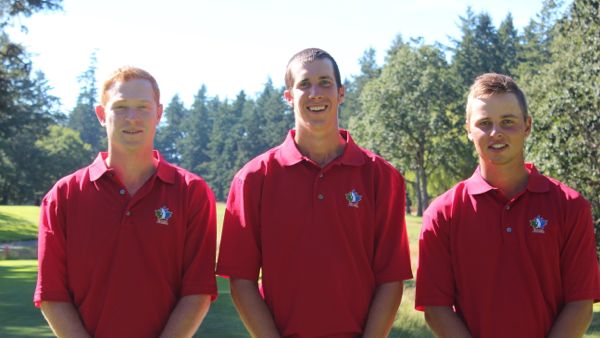 Taiwan’s Yu-Chian Hsiang fired the low round of the championship during the second day of play at the 109th Canadian Men’s Amateur Championship.

Hsiang, 16, carded a bogey-free 7-under 65 around Gorge Vale Golf Club on Wednesday to position himself one-stroke ahead of overnight leader Corey Conners, at 7-under 135 heading into the third round.

“Whatever position I’m in heading into tomorrow, I’m just going to keep doing what I’ve been doing,” the high school sophomore said. “I’m just going to try to continue hitting fairways because it doesn’t matter if I’m in first place or second place, I’ll try to do my best tomorrow.”

A native of Taiwan, Hsiang moved to the United States last year and has been residing in Rowland Heights, Calif. This tournament marks his first trip to Canada and he stated he was happy with his second round play.

“Today I tried to keep it on the fairway and I made a couple of putts,” he said. “I just tried to focus on every single shot out there.”

Heading into the third round, Hsiang has a strong contingent of players challenging for the lead including, first round leader and Team Canada’s, Corey Conners, 21, of Listowel, Ont. Conners posted an even-par 70 at Royal Colwood Golf Club on Wednesday and currently sits at 6-under 136 for the championship.

California native, Eli Cole, 24, of Beverly Hills, carded the low round of the day at Royal Colwood Golf Club. His 4-under 66 leaves him in solo third for the championship at 5-under par.

In Willingdon Cup Inter-Provincial Team Championship play, Team British Columbia, comprised of Charlie Hughes of Langley, B.C., Kevin Carrigan of Victoria and Team Canada Development Squad Member, Adam Svensson, of Surrey, B.C., came out victorious after a even-par 140 on Wednesday to finish at 1-over 285 for the championship. The squad edged out the Team Ontario’s contingent of Chris Hemmerich, Garrett Rank, and Stephane Dubois by a single stroke.

In addition, Team Canada’s National squad continued their strong play on Wednesday. Heading into the third round, five members of the program currently sit inside the top-15 including, Corey Conners, Justin Shin, 21, of Pitt Meadows, B.C., Taylor Pendrith, 22, of Richmond Hill, Ont., Adam Svensson, 19, of Surrey, B.C., and Chris Hemmerich, 20, of Kitchener, Ont.

The winner of Canada’s oldest national golf championship will earn an exemption into the 2014 RBC Canadian Open at the Royal Montreal Golf Club. In addition, the winner will also be exempt from local qualifying for the 2014 U.S. Open and receives an exemption into the 2013 USGA Amateur Championship and, if applicable, the U.S. Amateur Public Links, U.S. Junior Amateur, U.S. Mid-Amateur and USGA Senior Amateur Championships.