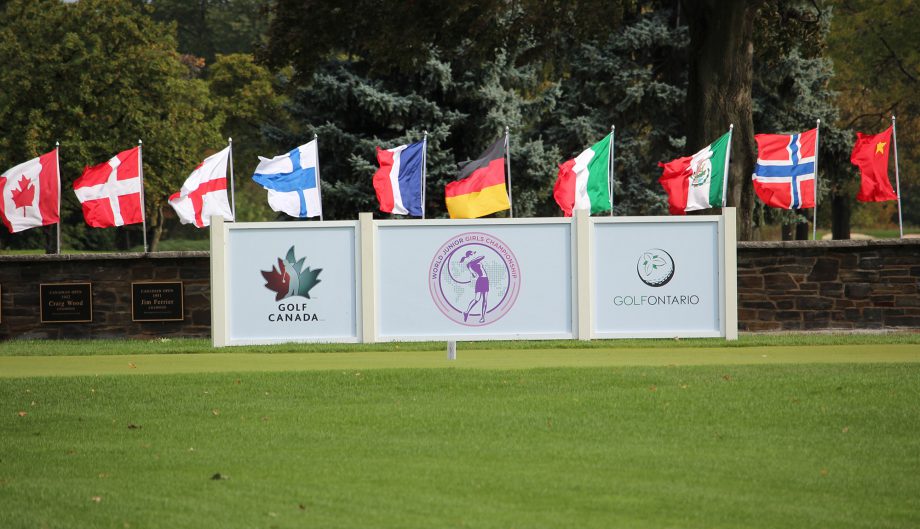 OTTAWA — A well-accomplished field of competitors will take to The Marshes Golf Club from Sept. 24-29 for the fourth annual World Junior Girls Championship. In total, 60 athletes will represent 19 countries – including two teams from host nation Canada.

“With our partners, we are proud to offer a world-class event for girls of this age group, where there are fewer opportunities for international competitions,” said tournament director Mary Beth McKenna. “These girls are some of the best juniors in the world and we are thrilled to host them in a tournament where they can continue their growth and development.”

This year’s field is highlighted by 11 competitors ranked inside the World Golf Amateur Rankings (WAGR) top 100. Among them are the tournament’s top two ranked players from Sweden: Amanda Linnér (No. 18) and Beatrice Wallin (No. 38). The pair will be joined by teammate Linn Grant (No. 84) — who was a member of the silver (2014) and bronze (2015) World Junior Girls Championship team medal winners. Both Linnér and Grant will make their second appearances at the championship.

The 2017 installment of the event will see numerous players return as 18 members of the field have played in at least one World Junior Girls Championship, including both the 2016 silver medallist Jennifer Chang (USA) and bronze medallist Caterina Don (Italy), who look to become the first repeat medallists in tournament history.

While the Italian team does boast the defending individual bronze medallist, it could be another member who steals the show. Alessia Nobilio, who participated in the 2016 World Junior Girls Championship, comes into the tournament as the third-highest ranked player at No. 41 after a 2017 season that saw her win the International Juniors of Belgium and France International  – Cecile de Rothschild Trophy. In addition, she and teammate Caterina Don (No. 127), won the Italian U18 Team Championship. Don also picked up individual honours with a win at the Italian Girls U18 National Championship. The two World Junior Girls Championship veterans will be joined by newcomer Alessandra Fanali, who currently ranks 112th in the WAGR.

In 2016, the Philippines captured the title by a nine-stroke margin on the strength of gold medallist Yuka Saso, who was the lone player to finish the tournament under par. This year, the defending champions will be paced by Harmie Nicole Constantino (No. 305), who won the Philippine Amateur Open. She will be joined by teammates Junia Louise Gabasa and Kristine Torrabla.

With all of the returning teams and players, the World Junior Girls Championship is also pleased to welcome two teams that will be making their debut in 2017, Chinese Taipei and Switzerland. Chinese Taipei will send Kuan-Yu Lin (No. 1096), Hui-Wen Chiu (No. 943) and Jo-Hua Hung (No. 379). The Swiss will feature Victoria Monod (No. 612), Elena Moosmann (No. 85) and Chiara Tamburlini (No. 376).

Admission to the competition is free. Additional information regarding the fourth annual World Junior Girls Championship can be found on the competition’s website.