Richdale and Tanguay lead Canadian Women’s Tour event in BC 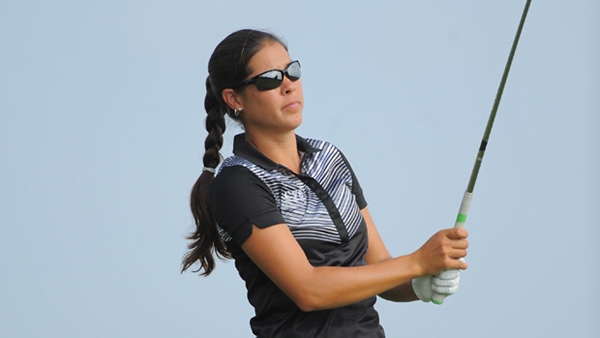 Tanguay, of Quebec City, arrived at the season’s first stop on the heels of an eighth place finish at the NCAA West Regionals last week with her national championship bound Oklahoma Soooner’s squad. On Tuesday, she carded five birdies in her opening round that was highlighted by a 3-under 33 front-nine.

“We played in some tough conditions [at regionals] and I did really well so that gave me some confidence,” Tanguay said. “I made some pretty solid swings today and my putting was definitely what kept me going, I made a lot of putts for birdie and par.”

As the defending champion, Richdale of Kelowna, B.C., opened with a 1-under 35 front-nine. Her round included four birdies and was blemish free until a double-bogey on the par-3 4th hole on her closing nine.

“I made a lot of good chips today and I really only had one bad shot where I hit it in the water,” Richdale said. “Last year’s win gives me a little bit of confidence, I just really wanted to come back and play, we have a Symetra event this week but I decided to take it off just because I really like these events and I like playing in B.C.”

Heading into tomorrow’s final round, the duo leads by a stroke over Michelle Piyapattra of Corona, Calif. Piyapattra opened with a 1-under 71, while a trio of players including Emily Childs, the 2013 Canadian Women’s Tour Ontario champion, sit at even-par.

Team Canada’s Brittany Marchand of Orangeville, Ont. and Development Squad member Valérie Tanguay of St. Hyacinthe, Que., posted 1-over 73’s and share seventh place alongside six other players. World No. 3 ranked amateur, Brooke Henderson, carded a 2-over 74 and is currently tied for 15th heading into the final round.