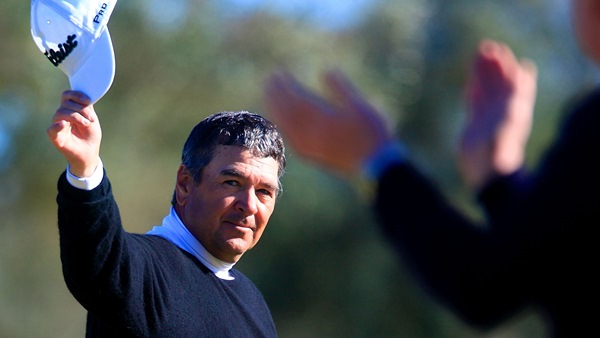 Ken Tarling’s journey with the game of golf has spanned 33 years, hundreds of pro events, dozens of countries and numerous course records. Thursday in Portugal, Tarling added to his win total by firing a 1-under-par 70 to earn medalist honours at the European Senior Tour Qualifying School. He finished the tournament at 6-under-par 278, seven shots clear of Englishman John Harrison. With the victory, Tarling has earned full status for the European Senior Tour’s 2015 season.

“I’m thrilled,” said the 56-year-old Tarling. “It’s been quite an experience this week. I’ve never played that well at this event, so it’s great to win here.”

Following a tough third round of 73, Tarling kept his composure and notched three birdies in his final round at the pristine Vale da Pinta course at the Pestana Golf Resort. He completed a run of six consecutive pars to open the back nine while his competitors struggled to keep pace. “I never really felt calm until the 17th hole. I don’t look at leaderboards but I spoke to a friend on the 17th tee and he told me I was six clear then, so I felt pretty cool after that.”

Five players tied for second at 1-over par to earn the other five available cards for the season, including three Englishmen – Graeme Bell, Gary Marks and 2009 Q School winner John Harrison. Australia’s Tim Elliott and Roger Sabarros also clinched their places on the Tour. Players positioned seven to 14 earned conditional status for the season.