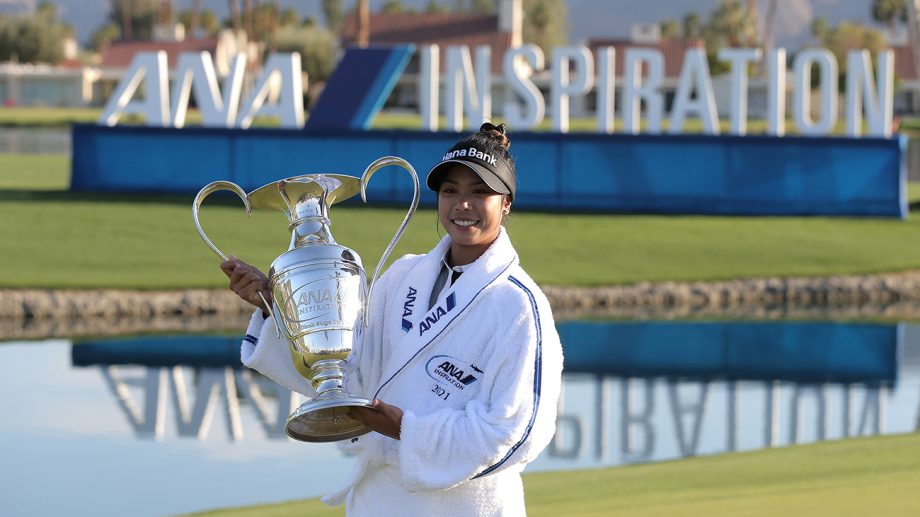 Five strokes ahead entering the day and six in front after a chip-in eagle on the par-5 second, Tavatanakit shot a 4-under 68 in 100-degree heat to beat Ko by two strokes in the first major championship of the year.

Ko matched Lorena Ochoa’s tournament record with a 62, shooting 7-under 29 on the front nine for the best nine-hole score in event’s 50-year history. The New Zealander began the day tied for seventh at 6 under, eight strokes behind Tavatanakit in the tournament played without spectators for the second time in seven months.

Winless since April 2018, the 23-year-old Ko played the first 11 holes in 9 under and added a birdie on the par-4 15th. On the par-5 18th, she drove into rough near the water that lines the left side, laid up and hit a wedge 30 feet long and right. Her birdie try missed to the left, stopping inches away.

Tavatanakit had a series of late par saves to keep her two-stroke lead. Her 8-footer on the par-4 15th circled the cup and dropped in, she lagged a 45-footer to 2 feet on the par-4 16th, and chipped to inches on the par-3 17th after missing the green left.

The 21-year-old Thai player finished the wire-to-wire victory with a short par putt on 18. A day after matching the tournament 54-hole record of 14 under set by Pernilla Lindberg in her 2018 victory, Tavatanakit finished a stroke off Dottie Pepper’s 72-hole mark of 19 under set in 1999.

Ranked 103rd in the world, the former UCLA star became the sixth straight international winner. She’s the first rookie to win the event since Juli Inkster in 1984 and the fourth straight first-time major winner.

Tavatanakit won seven times in two seasons at UCLA and had three Symetra Tour victories in 2019.

Ko has 15 LPGA Tour victories, winning at Mission Hills in 2016 for her second major victory.

Brooke Henderson of Smiths Falls, Ont., shot a two-under 70 on Sunday and finished the tournament in a six-way tie for 19th at six under.