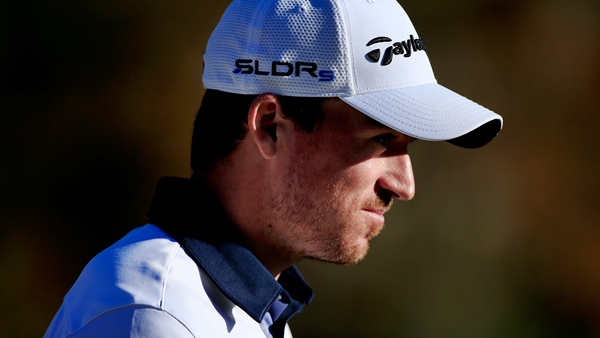 What does it take to win a PGA TOUR event? In your rookie season? Or any season?

In a typical Canadian understatement, Nick Taylor says all it takes is “getting the ball in the hole.”

If it were only that simple!

Starting four shots back at the Sanderson Farms Championship in Mississippi on Sunday, Taylor shot a near-flawless 66 to blow away a mighty impressive group of fellow contenders including 54-hole leader John Rollins, the 2002 RBC Canadian Open champ.

After picking up the trophy and the winner’s cheque of US$720,000 at sundown Sunday, Taylor and his caddie went out for dinner, did their laundry and turned the lights out at 10 p.m. (Yawn.) He probably didn’t sleep (more yawns) until his conference call with the media at 9:30 the next morning where he was grilled about just about everything he did or thought last week. (Even more yawns.)

Well, at least, the Winnipeg-born 26-year-old who learned the game at Ledgeview Golf and Country Club in Abbotsford, B.C., didn’t do the stereotypical Canadian thing and apologize for beating a pretty solid field for his maiden victory.

And, truth be told, he had absolutely nothing to apologize for. Nick Taylor was full value for this victory.

Five years ago, Taylor was the world’s No. 1-ranked amateur. He had won just about everything worth winning at that point: the 2006 Canadian Junior, the 2007 Canadian Amateur, low amateur in the 2009 U.S. Open, and so on.

What did all those accolades get him when he turned pro in 2010? Nothing. Nada. Zilch.

Hello, Vancouver Island Tour, PGA TOUR Canada, Web.com Tour… A grim and gritty reality check for even the world’s best golfers. The bottom ranks of pro golf are a relentless filter, a merciless litmus test that many attempt and few survive.

But, to his credit, Nick Taylor didn’t expect anything else. “I was playing professional golf for a living, and it doesn’t get any better than that. I knew I had to earn everything. There were times when I was discouraged, when I doubted myself.” But he persevered. And finally got that ball into the hole, when it mattered, on golf’s greatest stage.

In winning Sunday, Taylor became the first Canadian-born winner on the PGA TOUR since Mike Weir in 2007. (Factual footnote: Calgary’s Stephen Ames, a four-time winner on TOUR, was born in Trinidad and Tobago. While we’re at it, for you trivia buffs, the last Canadian-born winner of the RBC Canadian Open was Karl Keffer of Tottenham, Ont., in 1909 and 1914. Pat Fletcher, who won our Open in 1954, was born in England and moved here as an infant.)

So many promising amateur players never make the successful transition to the pro ranks. (For more, see my previous column, Celebrating the career amateur.)

Based on last week’s snapshot, could Taylor be the exception and, if so, why?

Assuming his innate talent and indefatigable work ethic, there was an unyielding foundation upon which his success was built.

“My team helped me get here. My parents, my wife Andie, my agent [Chris Armstrong of Wasserman Media], Golf Canada … they all helped me every step of the way. My former Team Canada coach Derek Ingram showed up to support me when I was playing in Winnipeg in a PGA TOUR Canada event. I wouldn’t be here without them.”

Years ago, there was a TV commercial for investment house Smith Barney, featuring Oscar-winner John Houseman. The gist was, “We do it the old-fashioned way. We earn it.”

Nick is, no doubt, too young to recall that commercial.

Nevertheless, he gets the message. And, chances are, he will continue to deliver that message to the rest of his PGA TOUR colleagues for years to come. To their collective dismay, we hope.

To listen to a full interview with Nick Taylor following his Sanderson Farms victory, click here.