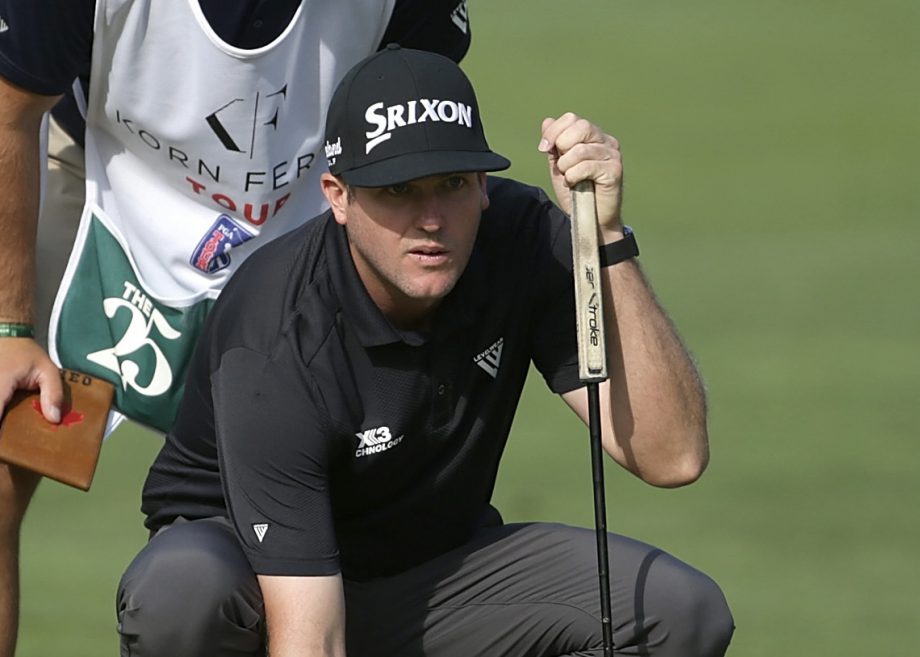 WICHITA, Kansas – Jared Wolfe survived a windy final round at Crestview Country Club to earn his second Korn Ferry Tour title of the season at the Wichita Open Supporting Wichita’s Youth. The 32-year-old carded a final-round 71 to finish the week at 16-under 264. Taylor Pendrith finished solo-second at 15-under 265.

Wolfe, who began the final round with a three-stroke lead, stumbled out of the gate with a bogey on the par-4 first dropping his lead to one. Despite the setback, he settled into the round carding five consecutive pars on Nos. 2-6 maintaining the lead. As he played the par-4 seventh, the weather began to turn as rain and heavy winds delayed play for an hour and 18 minutes.

“That was incredible,” he said of the weather. “Whatever hit with that wind and everything came out of nowhere. I tried to just stay calm and relax.”

Battling difficult conditions as players returned to the course, Wolfe remained steady keeping his lead after pars on Nos. 7-13.

Pendrith, who played in the final group with Wolfe, made the turn two strokes off the lead. On the par-3 12th, he converted his second birdie of the round to reach 15-under and pull within one.

Entering the final stretch with a one-stroke advantage, Wolfe drained a 10-foot eagle putt on the par-5 14th to give himself a three-stroke lead with four holes to play.

After both players made par on No. 17, Wolfe teed off on the 72nd hole with a one-stroke advantage. After his approach shot came up short of the green, Pendrith stuck his second shot to within 15-feet leaving himself a chance for birdie. Despite his best effort, Pendrith’s putt slid past the hole leaving him a short par putt. With the tournament on the line, Wolfe converted his up-and-down and secured his second win of the season.

“Taylor (Pendrith) was playing some great golf,” Wolfe said. “Him and I were going back-and-forth which made it a lot of fun. I’ve known Taylor for a while, and he’s been so close all year too. It was just a fun day.”

With the win, Wolfe moved to fourth on the season-long Korn Ferry Tour points list and is one win away from the three-win “Battlefield Promotion” to the PGA TOUR. The feat has only been accomplished 11 times in the Tour’s history, most recently by Wesley Bryan in 2016. The Murray State University product joined Davis Riley as the only players to win twice on Tour this season.

“I’m going to go home and celebrate with my daughter and my wife,” Wolfe said. “My parents are in town too so; I get to hang out with them for a day. Then, it’s off to Savannah and we’ll try to go get (win) number three.”

Pendrith’s runner-up was good for his fifth top-3 finish of the season. With the result, he moved to second on the Korn Ferry Tour points list but is still in search of his first Korn Ferry Tour victory.

Next week, the Korn Ferry Tour travels to Savannah, Georgia, for the Savannah Golf Championship.