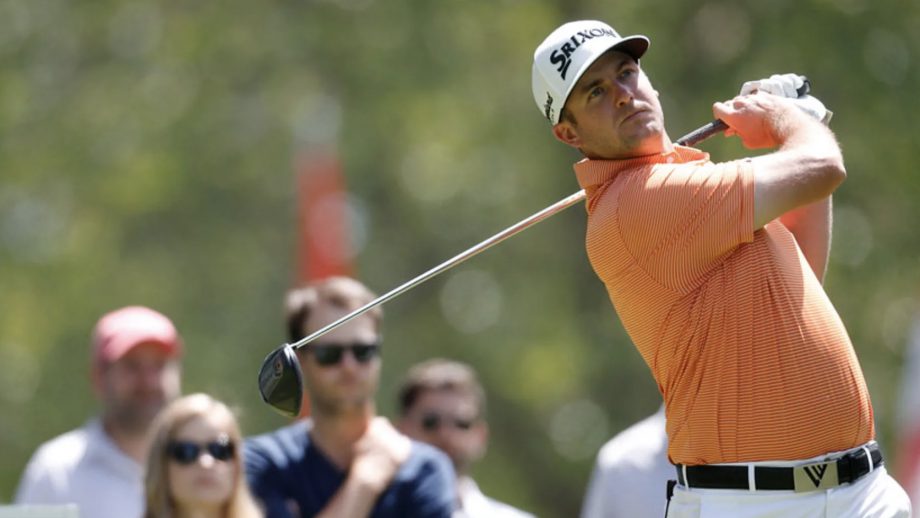 CALGARY, Alta. — For the first time in 2019, 72 holes wasn’t enough as Hayden Buckley needed extra holes to claim the ATB Financial Classic title for his first professional victory. Buckley made par on the first playoff hole to defeat Sam Fidone.

“Sam is a great dude to play with, and we battled all day,” said Buckley, who moves to the fifth spot on the Order of Merit with the victory. “I’ve been close so many times, and finally finishing it off was something I really liked.”

Beginning the day with a three-stroke lead over Fidone, Buckley made two birdies in his first three holes to create some separation. Fighting back, the tournament quickly became a two-man race as Fidone played hole Nos. 2-7 in 5-under par to get within one of Buckley heading into the back nine.

“It felt like I was due for a good ball-striking day,” said Buckley, who was named the University of Missouri Male Athlete of the Year after a four win 2017-18 senior campaign. “I haven’t really hit it well all week. I’ve hit it good enough to compete, but I haven’t hit it where I wanted to, and I did that today.”

While Buckley was striking it well, but failing to convert on the greens, the opposite could be said for Fidone, who made a 40-foot putt for par on No. 10 after driving his ball into the fescue.

Buckley called hole No. 15 a “turning point,” when, for the first time of the day, his name was no longer at the top of the leaderboard.

“I had 95 yards in, hit it over the green and made bogey as (Fidone) made birdie and jumped ahead of me,” said the 23-year old. “I got a little flustered because I wasn’t sure how that happened. I got a little momentum, and the ball started flying farther. It was a pretty emotional day.”

With Buckley comfortably on the green on the 17th, looking at a 12-foot birdie chance, Fidone flew the green from 75 yards and left himself a tricky pitch, short-sided with the green sloping away from him.

Buckley watched as Fidone hit his chip well past the pin, to 50 feet.

“I’ve always been taught, and a lot of guys will say that you always expect somebody to make it,” said the Tupelo, Miss., native, whose premonition came to life as Fidone buried the putt and delivered a massive fist pump. “It kind of hurt me right before I had to hit my putt next. It went in and I immediately thought, ‘Do it right back to him.’”

Buckley’s try narrowly missed, and after the two players made two-putt pars on No. 18, that set the stage for a sudden-death playoff.

“I haven’t been in the final group this year. I’ve been close but had a lot of experience in the past three or four weeks competing and falling short so many times,” said Buckley. “There were times on No. 18 and in the playoff I still felt some nerves.”

Buckley was unable to make his 10-foot birdie try on the first extra hole, leaving Fidone with a slippery five-footer to extend the playoff. He was unable to convert.

While the finish was Buckley’s first win as a professional, he has knocked on the door many times this season, finishing in the top 10 in five of nine starts.

“A lot of confidence has been built up over the past year,” said Buckley. “My senior year in college I had a good stretch, winning four out of nine tournaments, and I came close a few more times, so it’s not like all of a sudden that I feel like I belong. I’ve felt like I’ve belonged for a long time.”

Due to a birdie on the final hole, Taylor Pendrith picked up his fourth consecutive Canada Life Canadian Player of the Week Award as the highest Canadian finisher. It is his fifth honor of the season. Pendrith finished the event tied for fifth, marking the fourth consecutive event the 28-year old has finished within the top five.