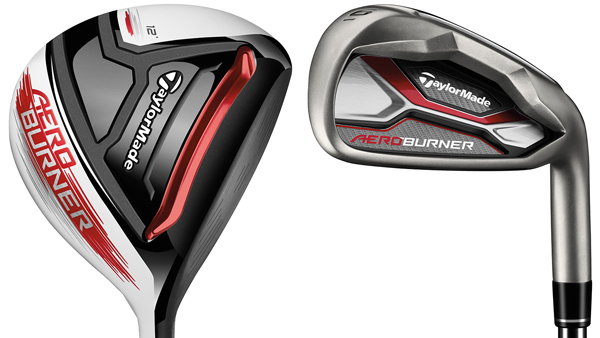 The AeroBurner irons follow in the footsteps of the AeroBurner metalwoods. Built for distance through speed, the Aeroburner iron features an up-to-the-limit COR face design. A low center of gravity (CG) generates high launch and great feel throughout the set. The high-MOI head design provides enhanced forgiveness and stability on balls hit across the clubface.

The 8-piece set will be available at retail on Wednesday, March 18.

The Mini Driver features a new aerodynamic shape, shallow face, raised center crown. Its new hosel fin was created to maximize clubhead speed during the downswing. With emphasis placed on low-forward CG, the Mini Driver is designed to deliver driver-like launch conditions off the tee. The Mini Driver’s open channel Speed Pocket is designed to increase the size of the sweet spot while reducing spin.

The AeroBurner Mini Driver’s two models – standard and TP – will be at retail on March 27.

The Aeroburner Pro is a three-piece ball engineered for high ball speeds off the clubface. The spin control and soft feel come from the interface of TaylorMade’s SPIN MANTLE™ and proprietary IOTHANE® cover. The AeroBurner Pro will be available at retail on March 6.