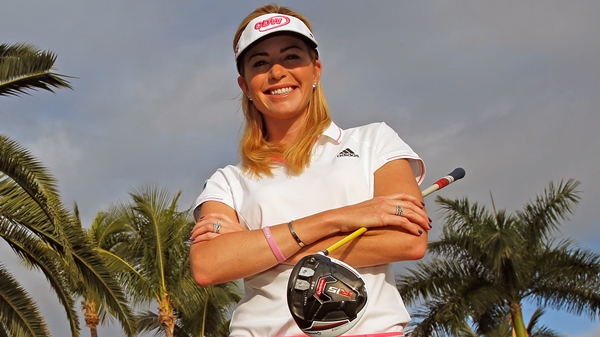 Carlsbad, Calif.  – TaylorMade has announced the contract extension of LPGA player and longtime brand ambassador, Paula Creamer. Creamer, who first signed with TaylorMade shortly after turning professional in 2005, will continue to play TaylorMade metalwoods and irons as well as adidas Golf footwear, apparel and accessories.

Creamer, who has 10 career victories on the LPGA Tour, turned professional in 2005 after a remarkable amateur career that saw her win 19 national tournaments, 11 of those coming in American Junior Golf Association events. In her first year on the LPGA Tour, Creamer won the Sybase Classic, becoming the youngest winner of a multiple-round tournament in LPGA history up until that time. Two months later, Creamer won the Evian Masters by a resounding 8 strokes. Her performance in 2005 earned her LPGA Rookie of the Year honors as well as a coveted spot on the U.S. Solheim Cup Team, becoming the youngest player to do so. Since then, she has finished in the top 15 of the Women’s World Golf Rankings every year.

Creamer by the Numbers:

“Since turning professional in 2005, Paula’s been an exemplary ambassador for our brands and the game of golf; an ideal role model for the next generation,” said Chuck Presto, Senior Vice President, Global Sports Marketing. “Her resounding popularity is indicative of not only of her performance on the course, but her engaging and genuine personality off of it. We’re proud to have Paula in the TaylorMade family.”