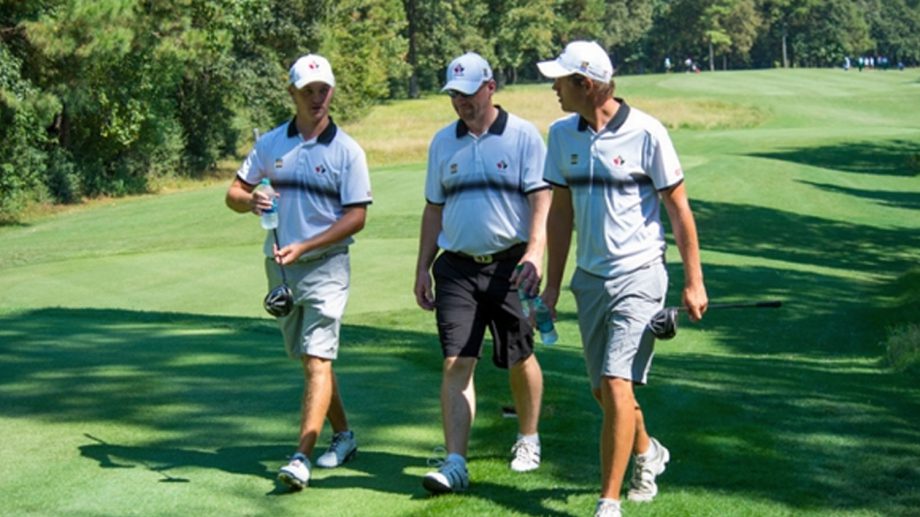 TRINITY, Tex. – Four Canadians combined to tally a 3-under 141 in Monday’s opening round of four-ball at the Spirit International at the Whispering Pines Golf Club.

Collectively, the Canadian squad sits in a tie for seventeenth, 11 strokes back of the leading Norwegians who carded a 14-under 130.

Representing Canada on the women’s side are dual-citizen Maddie Szeryk and Ottawa native Grace St-Germain. Together, the duo posted a 2-under 70 led by three birdies on the back nine from Szeryk.

On the men’s side, former Team Canada members Hugo Bernard of Mont-St-Hilaire, Que., and Eric Banks of Truro, N.S., combined for a 1-under par 71.

Accompanying the Canucks in Texas as team captain is Robert Ratcliffe, Team Canada’s Lead Development Squad Coach. Ratcliffe, a class “A” professional with the PGA of Canada, looks forward to the next two rounds and hopes to build on Monday’s performance.

“Not exactly the performance we were hoping for today but we’re remaining optimistic heading into the next couple rounds,” said Ratcliffe, a Comox, B.C., native. “There are a couple adjustments we’ll make heading into tomorrow and we are feeling confident that we can build on today and post some lower scores in the coming rounds.”

The Spirit International Amateur Golf Championship is a 54-hole four-ball stroke-play competition with three concurrent competition categories: International Team, Men’s Team and Women’s Team. Unofficial individual competitions are also conducted—with PGA TOUR and LPGA TOUR exemptions awarded to the gold medalists. The men will compete for a spot in the Crowne Plaza Invitational, while the women will compete for a spot to play in the Volunteers of America North Texas Shootout.

The event features world-class amateurs from over 20 countries across six continents. Conducted at the Whispering Pines Golf Club since its inception in 2001, the Spirit is a biennial event alternating years with the World Amateur Team Championship. The Spirit is hosted by the World Health & Golf Association, a charitable organization dedicated to promoting amateur golf for the benefit of health related reasons.