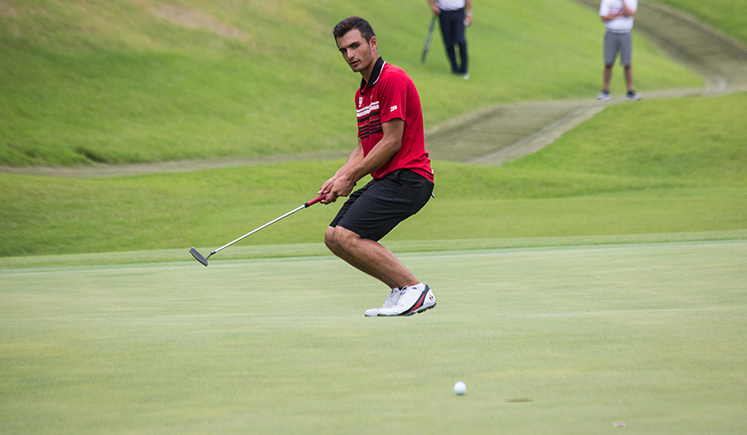 TOYOTA CITY, Japan – Team Canada Men’s Development Squad struggled to close out their final round on Friday at the Chukyo Golf Club, carding a collective 4-over par to drop to an 11th place finish at the 24th annual Toyota Junior Golf World Cup presented by JAL.

As a team, the Canadian contingent tallied an aggregate score of 1-over par through 72-holes of the play-four-count-three format. They were as high as T6 in the event, but struggled to hold their position. The foursome finished well back of the Americans, who ran away with the competition posting four consecutive rounds under par to lock down a score of 36-under par—good for a nine-stroke victory over runner-up Germany. The win marks the eighth title for the Americans and their first since 2005.

The Canucks were led by Vaughan, Ont., native Tony Gil, who closed at 4-under par (65-73-68-74) to finish alone in 18th place. The 18-year-old University of Houston commit was a steady performer all week, playing in his third Toyota World Junior event. Trailing Gil by one stroke was teammate A.J. Ewart of Coquitlam, B.C. Ewart, 17, posted consistent rounds of 71-70-69-71 to end the tournament in 19th place.

Medalist honours went to Chile’s Joaquin Niemann, who fired a final round 62 (-9) in Friday’s final to close at 17-under par with a five-stroke margin over second place.

On the girls’ side, the Americans captured the team and individual victories, with Kristen Gillman taking home the medal at 10-under par. Canada did not have a squad compete in the girls’ division.