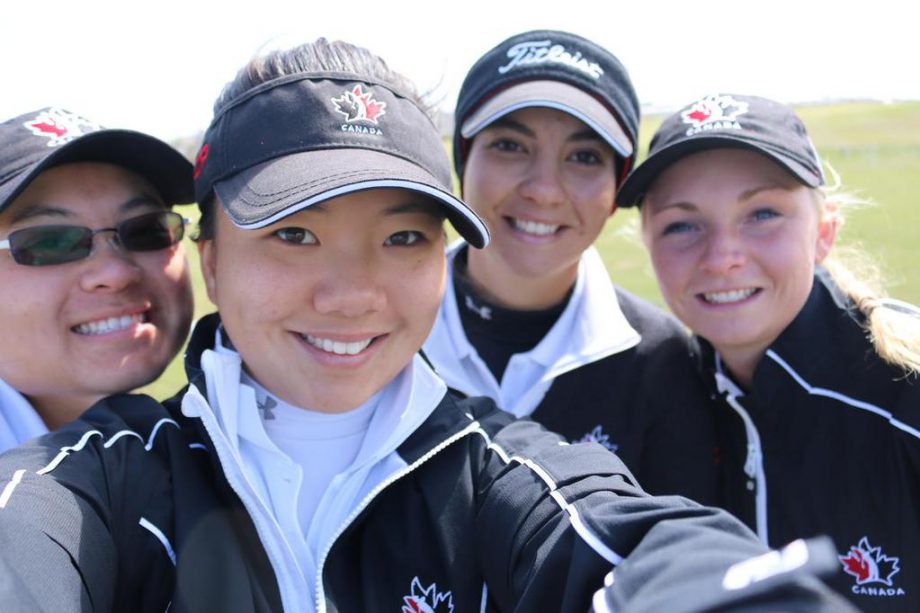 NORTHERN IRELAND, U.K. – Team Canada’s Women’s Amateur  Squad came out of the gate hot in Wednesday’s second and final stroke-play qualifying round of the Ladies British Open Amateur, shooting a collective 5-under par to each grab one the top-64 match play qualifying spots.

Twenty-two year-old veteran Brittany Marchand, who played in the tournament in 2012, had the low-round of the day for the Canadians with a 4-under 69. The Orangeville, Ont., native finished at 1-over par (78-69) to grab the 25th seed heading into tomorrow’s first match-play round.

Rounding out the scores for the Canadian quartet was Elizabeth Tong of Thornhill, Ont., and Jennifer Ha of Calgary, who both came in at 3-over par. They drew the 39th and 41st seed, respectively.

Tomorrow’s first match-play round begins Thursday morning at 7:30 a.m. local time back at the Portstewart Golf Club. The Canadian tee-times are as follows: