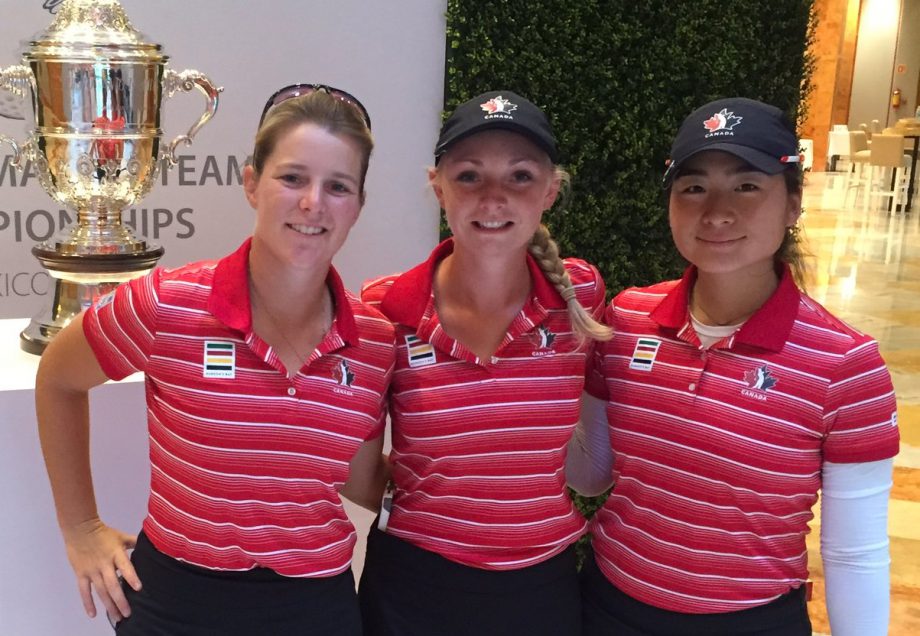 MEXICO – The trio of Canadian women are set to make their first appearance at the World Amateur Team Championship when action gets underway tomorrow at the Mayakoba El Cameleon Golf Club and Iberostar Playa Paraiso Golf Club.

Representing Canada will be Maddie Szeryk, 20, of Allen, Texas, Josée Doyon, 23, of St-Georges-de-Beauce, Que., and Naomi Ko, 19, of Victoria. The Canadians will be paired with China and Spain for Wednesday’s first round, with Szeryk starting things off at 8:15 a.m. EST followed by Doyon at 8:25 a.m. EST and Ko at 8:35 a.m. EST.

The Canadian contingent will be under the direction and guidance of Team Canada Head Coach Tristan Mullally—who returns for his third event—alongside non-playing team captain Liz Hoffman.