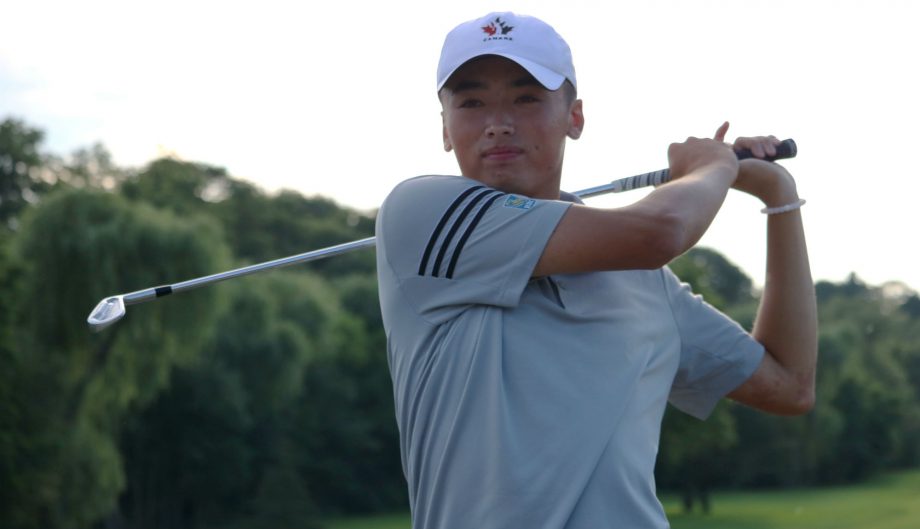 Team Canada’s A.J. Ewart shot a 6-under-par 64 to lead after the first round of the Canadian Men’s Amateur Championship taking place at The Toronto Golf Club and Islington Golf Club on Monday.

The 18-year-old member of Team Canada’s Development Squad went bogey free during the opening round to tie the course record at Islington Golf Club. The Coquitlam, B.C., product was propelled to the top of the leaderboard after making six birdies, including three straight on holes 12-14.

“It was just one of those days when everything fell into place,” he said, after walking up from the 18th green. “After the front nine I was just 2 under, then I made the turn and something just clicked and I started making putts. It turned out to be a really good day.”

“I had a lot of confidence going into this week and I expected a good round today.”

Eric Flockhart, from Mississauga, Ont., sits one stroke back in second after he shot 5-under-par 65, tying a competitive course record of his own at The Toronto Golf Club – where he worked in the backshop for the last three years. Flockhart made the turn at 1 under par and immediately dropped a stroke on the par-4 10th hole. The 22-year-old responded immediately with four straight birdies before finishing on 18 with a long birdie putt.

“All year I’ve been playing 18 and I can’t buy a putt on it – so it was nice to see that one go,” said Flockhart, greenside following a 30-foot birdie putt. “It’s a tough one to read – especially when you get to the back of the green… the putts are so hard to make.”

Team Manitoba sits three strokes back in second while Nova Scotia shot 3 over par to round out the top three.