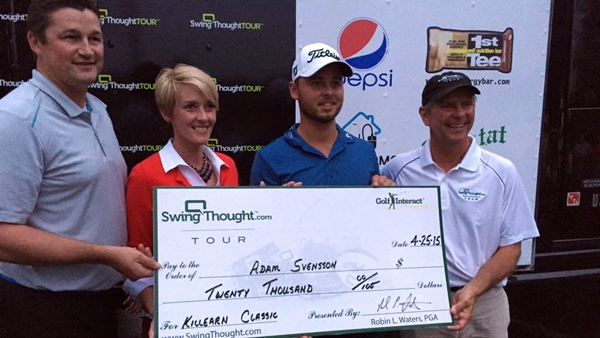 The 21-year-old Svensson posted a final-round 65 for the low-round of the day and the come-from-behind victory, taking home a cool $20,000 (USD) in the process. Perhaps more importantly, the Young Pro Squad member earned an exemption into the News Sentinel Open presented by Pilot, a Web.Com Tour event in late August.

With two wins in roughly one month as a professional, Svensson continues to remind us that he is wired to win. As an amateur, he set records with nine NCAA victories in under three years at Barry University, earning him the Jack Nicklaus award in 2014 for the top golfer in NCAA Div I, II and III golf.