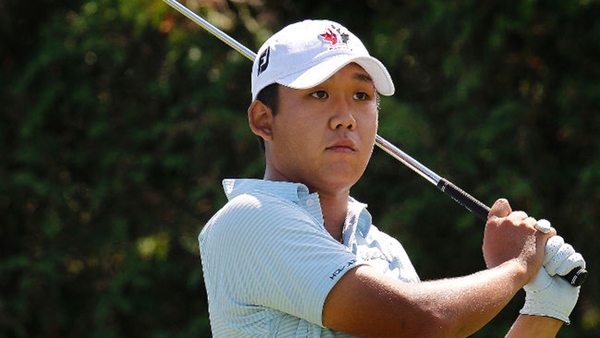 VALDOSTA, Ga. – Toronto native and Young Pro Squad member Albin Choi recorded his first win as a professional on Saturday, shooting a 6-under 210 to win the SwingThought Tour Classic by one stroke.

Choi, 22, carded 14 birdies en route to shooting rounds of 69-70-71 for the come-from-behind victory on the weather-shortened 54-hole event at the Kiderlou Forest Golf Club.

With the win, Choi takes home $20,000 (USD) along with an exemption into the United Leasing Championship presented by PTI, a Web.com Tour event.

The long-standing Team Canada member had lost his Web.com Tour status following the 2014 season, and will surely be eager to return with an extra boost of confidence following his victory.

Young Pro Squad Head Coach, Derek Ingram, shared his excitement for Choi, who he knows well through their years together with Team Canada’s National Amateur Squad.

“There is nothing more important than knowing you can win and believing in yourself,” said Ingram. “I couldn’t be happier for Albin.”

Choi will tee-it-up again from Mar. 9-14 in the NGA Tour’s next event in Diamondhead, Miss.

Fellow Canuck and former National Team member, Riley Wheeldon was also in the field in Valdosta. The Courtenay, B.C., native cracked the top-10, squeezing in with a tie for 10th place.

This marks the second victory for the Young Pro Squad on the NGA Tour in recent months—Richmond Hill Ont. native Taylor Pendrith won the Meadowlands event in November.

Feels awesome to get that first win on a great track. Thanks to @TheNGATour for running a successful event under such tough conditions!