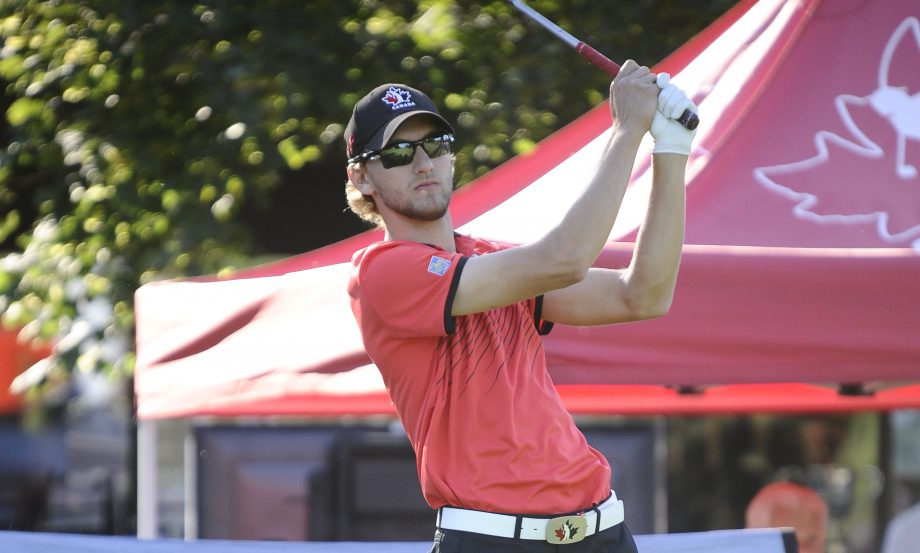 Hamilton will receive a $4,000 scholarship, which may be applied to graduate or professional studies. His selection was made by the Conference’s Academic Affairs Committee.

A four-year member of the Men’s Golf program, led the Cougars with a 72.03 scoring average as a junior during the 2014-15 season. The Burlington, Ontario, Canada, native earned eight top-20 finishes in 12 tournaments with three top-10 showings.

With scores of 68-69-68, he captured a share of the individual title at the NCAA Lubbock Regional a year ago, becoming the third Cougar to earn medalist honors at an NCAA Regional and the first to record three straight rounds in the 60s in the NCAA postseason.

Competing at the nation’s top collegiate event, Hamilton tied for 27th with a score of 292 and received PING All-America Honorable Mention after being named to the All-Central Region Team.

He qualified for the U.S. Amateur Championship last summer after advancing to the Round of 32 in match play in 2013. In addition, he received the Gary Cowan Award – given to the top amateur player – at the 2015 Canadian Open, where he finished in a tie for 71st.

In 2015-16, Hamilton has picked up where he left off a year ago. He ranks second among the Cougars with a 72.43 scoring average and nine rounds of par or better. Hamilton has posted six top-20 finishes in seven tournaments to date and enjoyed three top-10 finishes in a 4-tournament stretch at the end of the fall and start of the spring seasons.

Hamilton was named to the Dean’s List twice in seven semesters and earned a place on the American Athletic Conference All-Academic in each of the last two seasons. Holding a 3.25 grade-point average, he will graduate this spring with a bachelor’s degree in communications.

A member of the Student-Athlete Advisory Council, he has volunteered for several service projects at Houston, including the annual Canned Food Drive, the Generation One Volunteer program (an elementary school program for underprivileged children), the Halton Women’s Place Shelter (for victims of domestic violence) and the annual Christmas Charity fundraiser.