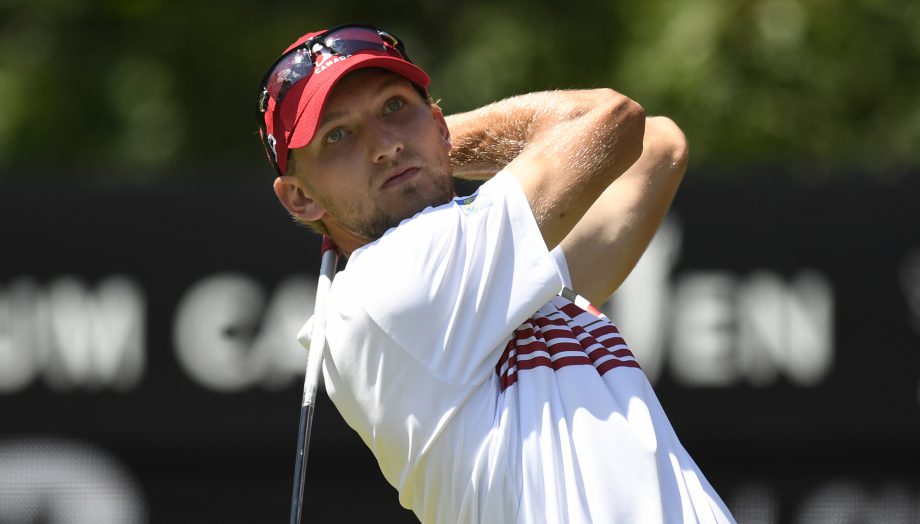 With three years of experience as a member of Team Canada’s Amateur Squad and four with the University of Houston Cougars under his belt, Blair Hamilton will make the jump to the professional ranks.

The decision comes following a 2016 campaign that featured a runner-up finish at the Jones Cup, four Top-10 NCAA finishes, and cracking the Top-20 in both the prestigious Monroe Invitational and Porter Cup.

“I’m really excited—it’s one of those things you dream about when you first get into the game,” said Hamilton of his transition. “I’ve had a lot of awesome experiences as an amateur and I’m ready to take the next step in my career.”

The Burlington, Ont., product will tee-it-up in his home province this week at the Mackenzie Tour – PGA TOUR Canada’s Niagara Championship from Sept. 8-11 at the Cherry Hill Club in Ridgeway, Ont.

“I think it’s the perfect place for my professional debut,” he said of the event, which is an hour away from his hometown. “It’s a great event and I’m hoping to show up and play the way I know I can.”

Hamilton enters the week with experience competing on the professional stage. He competed in the 2015 RBC Canadian Open, where he finished as low amateur, as well as the 2016 RBC Canadian Open earlier this summer. He also boasts a wealth of experience from competing in prestigious international events through the Team Canada program.

“Making the cut at the RBC Canadian Open was a huge highlight for me,” he said of his 2015 performance. “I also think back to the 2012 Toyota Junior Golf World Cup in Japan with the Development Squad, which was one of the most fun events I’ve ever played in.”

At 22 years of age, Hamilton is confident in his ability to perform at the highest level and was quick to thank the Team Canada program.

“I have nothing but awesome things to say about everyone involved with Team Canada—we have some of the best coaches and support staff in the world. Being able to learn as much as I did from them, you know, there’s no doubt I wouldn’t be where I am today without the support and experience they provided.”

Hamilton has signed with Mississauga-based, Higher Ground Sports Management Inc., to represent him as a professional. Higher Ground manages some of Canada’s top professional golfers including Adam Hadwin on the PGA TOUR, and LPGA Tour star Alena Sharp, who recently represented Canada at the Summer Olympics in Rio.

Following this week’s event, Hamilton plans to head south to compete in the Web.com Tour Qualifying School with hopes to earn status for the 2017 campaign.