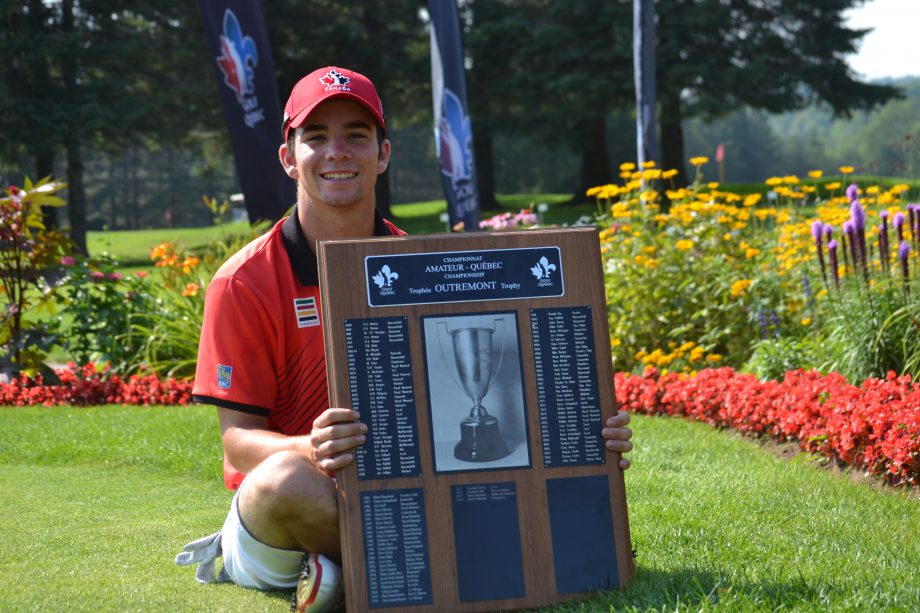 Development Squad member Étienne Papineau of St-Jean-sur-Richelieu, Qué., finished at 7-under par (67-72-68-74) to capture the 98th edition of the Québec Men’s Amateur Championship on Wednesday at the Royal Estrie Golf Club.

The 18-year-old jumped out to an early lead in the tournament with a bogey-free opening round on Monday, highlighted by an eagle on the par-5 12th. The Pinegrove Golf & Country Club member kept his foot on the gas, fending off a comeback from runner-up and former Team Canada member, Hugo Bernard of Mont-Saint-Hilaire, Qué. Despite struggling in Thursday’s final round, Papineau was able to close out Bernard by a three-stroke margin.

The men’s Triple Crown is composed of the Alexander of Tunis, Duke of Kent, and Men’s Provincial Amateur Championship. Considering his two victories in this group of events, Étienne Papineau will make the Golf Québec team for the Canadian Men’s Amateur Championship to be held at the Weston Golf & Country Club and Lambton Golf & Country Club from Aug. 10-13. Pierre-Alexandre Bédard and Hugo Bernard who ranked in the Top-3 of the Triple Crown’s Order of Merit will be completing the team.